Abhishek Banerjee, TMC General secretary said that Tripura Civic Polls result have been satisfactory for the party and still one year is left for next polls. 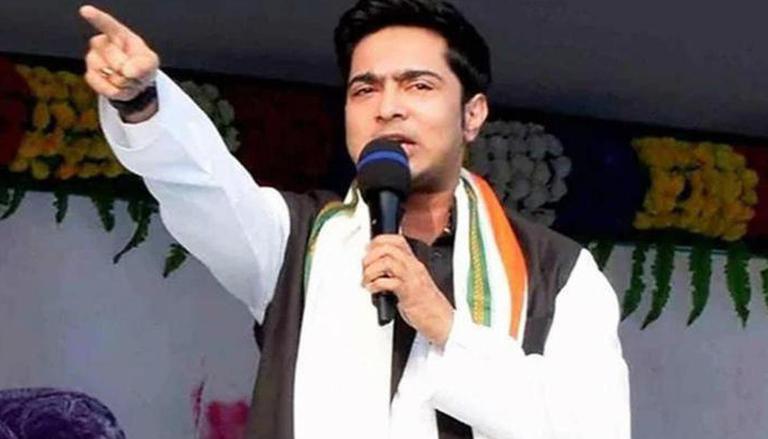 
Expressing satisfaction over Tripura Civic Polls result, Trinamool Congress (TMC) General Secretary Abhishek Banerjee on Sunday said the party still has a year’s time to expand its base in the state ahead of the next assembly polls. Speaking in front of the temple of 14-deities at old Agartala, Banerjee lashed out at Chief Minister Biplab Kumar Deb led the BJP government in the state and said that the ruling party has become politically bankrupt in Tripura.

“In three months, TMC’s vote share rose up to 20 per cent in Agartala Municipal Corporation. In other parts like Ambassa and Teliamura, we have secured 26 to 27 per cent votes which is quite satisfactory. We have a year to work on the organizational front,” he said.

The TMC General Secretary further questioned BJP's dedication towards the Hindu religion and asserted, “I have come here to pray for the welfare of the people of Tripura. And, the BJP party workers are playing high decibel DJ music in front of the temple. In their attempts to downplay my visit, they are not leaving the deities as well".

READ | Abhishek Banerjee's program cancelled by Tripura Govt, TMC asks 'what are you scared of?'

TMC lashes out at BJP in Tripura

Continuing his attack on the ruling party, Abhishek Banerjee compared Tripura and West Bengal and claimed that 'the Biplab Deb government is leaving no stone unturned to attack the TMC leaders. While the West Bengal government is bringing governance to the people’s doorstep'. He also accused the BJP government in Tripura of bringing 'hooliganism to the doorsteps of the people.'

The TMC leader is present in the state along with senior TMC leaders like Susmita Dev, Rajib Banerjee and TMC state steering committee head Subal Bhowmik. After his visit to the temple, he left for Teliamura, where he met a party worker and had lunch there. Later, he returned to Agartala and met another party worker at Bardowali.