Adhir Ranjan On Manish Tewari's 26/11 Remark; 'why Didn't He Talk About It That Time?' 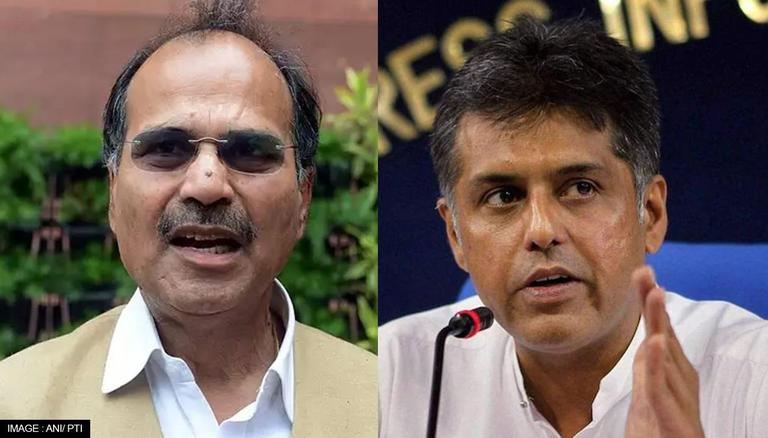 
As the controversy over Congress MP Manish Tewari's excerpt from his new book intensifies, Congress leader Adhir Ranjan Chowdhury on Tuesday, November 23, said that he must focus more on China's captivity over Ladakh and Arunachal Pradesh regions. Earlier, Manish Tewari's announcement of his upcoming book turned to controversy when its excerpts suggested that the former union minister was hoping for a strong reaction to the Mumbai terror attack of 2008.

Manish Tewari in his latest book 10 Flash Points; 20 Years - National Security Situations that Impacted India has criticised the UPA government for its response to the 26/11 Mumbai terror attack and stated that India must have taken a kinetic response to the deadly attacks. This stirred controversy as his own party leader Adhir Ranjan Chowdhury suggested that he must focus on issues related to China's threat at the Ladakh borders.

Adhir Ranjan Chowdhury told reporters, "He should be focusing more on China that has captured many of our areas in Ladakh and built villages in Arunachal Pradesh. He is regaining consciousness now. Why has he not talked about it that time."

"For a state (Pakistan) that has no compunctions in brutally slaughtering hundreds of innocent people, restraint is not a sign of strength; it is perceived as a symbol of weakness. There comes a time when actions must speak louder than words. 26/11 was one such time when it should have been done. It, therefore, is my considered opinion that India should have actioned a kinetic response in the days following India's 9/11", opined Manish Tewari in the book.

While responding to the same, BJP National Spokesperson Gaurav Bhatia said, “They (Congress) were not worried about the integrity of India on issues like national security. Every Indian used to say this, BJP was saying the same thing. Today, Manish Tewari, who was a minister in Congress rule, has admitted that his government had put national security at stake".