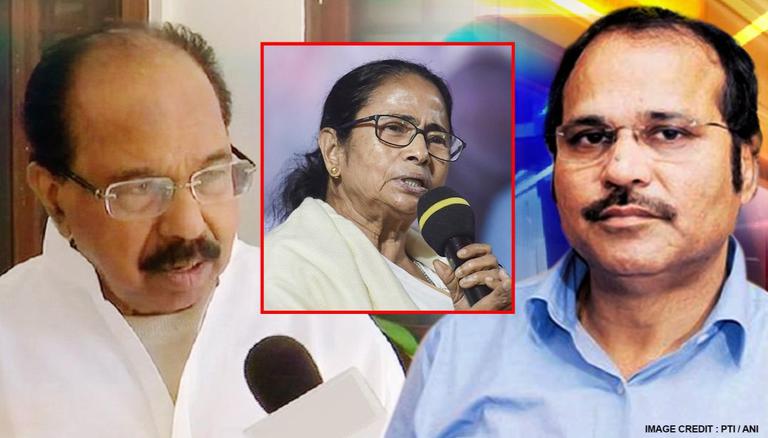 
Senior Congress leaders M Veerappa Moily and Adhir Ranjan Chowdhury have been trading barbs over the party’s embarrassing defeat in the recently-held West Bengal Assembly elections. While Moily cited the wrong selection of alliance for the "wipe-out" of Congress in the state, Chowdhury claimed that the former was making anti-party statements for media attention.

Expressing anguish over "ad-hocism” in his party, Moily said Congres should have struck an alliance with Mamata Banerjee's TMC in the elections. He also sought action against West Bengal Congress President Adhir Ranjan Chowdhury for the poll debacle, describing him as a "weak leader with no grass-root touch".

"Attacking Chowdhury has no grass-root touch and is credited as a leader only for using abusive words against Mamata Banerjee. "That was not appreciated by people and our cadre. Even our own voters shifted away to Mamata in our strongholds where traditionally Congress used to get elected", said Moily.

Reacting to the former Karnataka Chief Minister’s criticism over the wrong selection of alliance, Chowdhury said, “We can't decide whether Congress will form an alliance with TMC. It's our higher authorities call.”

Hitting out at his colleague-turned-critic, Chowdhury said, “I don't understand why leaders like Veerappa Moily made such a comment. There are some people in Congress who prefer to go to the media for attention rather than holding talks within the party.”

The Congress, which was the main opposition party in the outgoing assembly with 44 seats, had entered into an alliance with the Left Front in the 2016 assembly elections also.

The Left Front, which was in the third position in the 2016 election results with 32 seats, had failed to win any of the 42 constituencies in West Bengal in the 2019 Lok Sabha elections, while the Congress emerged victorious in two.