After AIADMK Amends Bylaws, Sasikala Says Party Functioning At Whims And Fancies Of A Few

The party on multiple occasions has made it clear that Sasikala is not a member of the party, though she claims to be the general secretary. 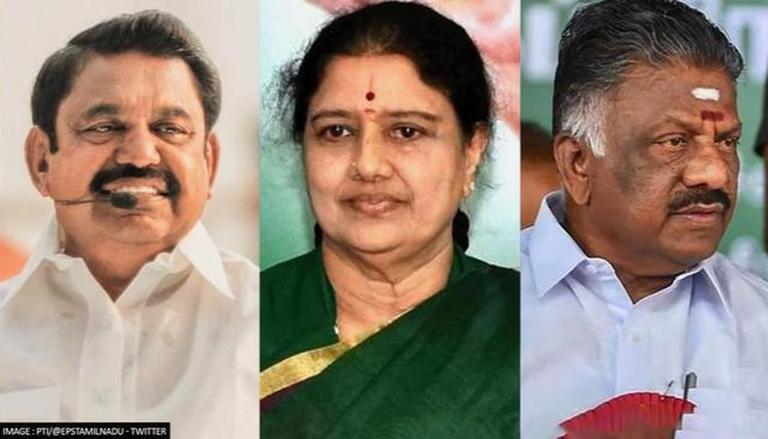 
Expelled AIADMK leader VK Sasikala on Thursday reacted to the new voting process brought out at the AIADMK Executive Committee meeting on Wednesday. She alleged that the party was functioning for the needs of a few and stressed the situation will change very soon.

Sasikala said that AIADMK has forever functioned as a movement for simple volunteers and has gone on to become the third-largest party. "But looking at the situation today, it is heartbreaking for every volunteer to think if this is why our two great leaders worked their blood and sweat tirelessly to save the party," she said in a statement.

Addressing party workers, she said that their hope would not go to waste and "we will soon rectify the organisation that is functioning at the whims and fancies of a few."

To keep expelled leader Sasikala at bay, AIADMK amended its bylaws on Wednesday retaining joint coordinator Edappadi Palaniswami and coordinator Panneerselvam as its top leaders. The modification was made at the Executive Committee meeting.

The latest amendments mandate a 'single vote' by primary members to elect the top leadership, which is the posts of coordinator and joint coordinator. While there are two positions, there cannot be separate votes.

Sasikala was released from jail in January after serving a four-year prison term in a Rs 66 disproportionate assets case. After receiving a grand welcome on her return to Tamil Nadu, the expelled AIADMK leader announced that she would enter full-fledged politics soon.

The party on multiple occasions has made it clear that former CM Jayalalithaa's close aide is not a member of the party, though she claims to be the general secretary.

On Tuesday, the AIADMK expelled veteran politician and former Tamil Nadu minister Anwar Raja for "anti-party" activities. Anwar, a pro-Sasikala leader, had been questioning AIADMK's alliance with Bharatiya Janata Party and the dual leadership of EPS and OPs in the last few months.