After Delhi L-G's Letter, Kejriwal Says Will 'definitely Come' To Meet; Reacts To His Dig

"Thank you for inviting me for discussions. I will definitely come. I will fix a convenient time with your office," the CM in reply to L-G's letter. 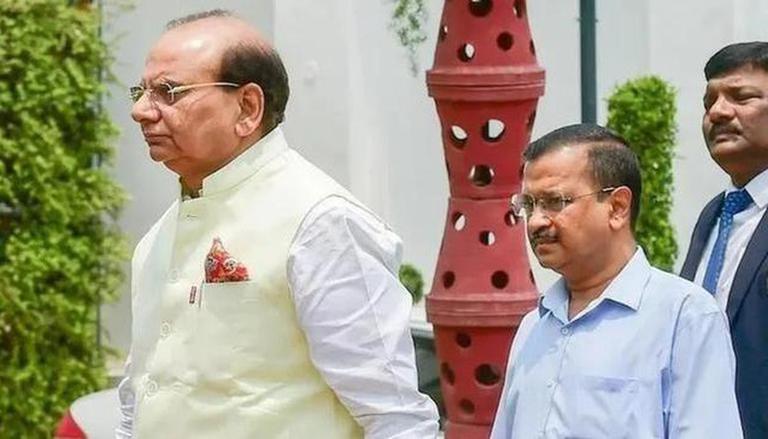 
In reply to Lieutenant Governor Vinai Kumar Saxena's letter, Delhi Chief Minister Arvind Kejriwal said that he will "definitely come" for a meeting to discuss the provisions governing administration in the national capital.

The L-G in his letter had taken a dig at Kejriwal and said that he appreciated the fact that Chief Minister has started taking governance in the city seriously by sending several letters over the past few days.

In reply, Kejriwal said, "In the beginning of your letter, you have sarcastically mentioned '...you have started taking governance in the city seriously...' after my elections campaigns. AAP is a national party and as its national convenor, I have to attend election campaigns in different parts of the country. Hon'ble Prime Minister, Hon'ble Home Minister and many BJP leaders like Yogi Adityanath ji, Shivraj Singh ji, Pushkar Dhami ji etc were also campaigning for their party at that time in Gujarat and Delhi."

"Thank you for inviting me for discussions. I will definitely come. I will fix a convenient time with your office," the CM added.

Kejriwal again points out nomination of 10 aldermen to MCD

The L-G's office and the Aam Aadmi Party-led Delhi government have been at loggerheads over various issues, including the now-scrapped excise policy.

In his recent letters to Saxena, Kejriwal questioned the nomination of the MCD's presiding officer, aldermen and Haj committee members, saying if L-G as "administrator" meant overlooking the elected government in Delhi.

In this letter too, Kejriwal pointed out, "Your goodself unilaterally appointed 10 aldermen, presiding officer and Haj Committee bypassing elected govt and directly getting the officers to issue necessary notifications, there was strong public criticism."

"Then what would the elected government do sir? Won't that be contrary to all SC judgements where it has been repeatedly said that L-G is bound by aid and advice of Council of Ministers on all transferred subjects?" he asked.

The AAP national convenor said that the two would discuss all issues privately over tea but pointed out that these questions are very critical for the future of the national capital. "Therefore, a public discussion on this issue will be useful," he added.