After more than 200 resignations in the Congress, the Youth Congress has released a statement saying Rahul Gandhi never asked for resignations from top leadership.

After more than 200 resignations in the Congress, the Youth Congress has released a statement saying Rahul Gandhi never asked for resignations from top leadership.

In the statement, it condemned the "fake news being circulated" in the media that Rahul Gandhi had expressed concern to youth Congress leaders that nobody from the senior leadership of the party was taking responsibility for its drubbing in the Lok Sabha elections.

They have called the reports "fictitious and part of false propaganda" and that the stories were spread with the "sole motive of lowering the morale of the workers" ahead of assembly polls.

It added that the Indian Youth Congress stood firmly with the party and the leadership.

Read the press release below: 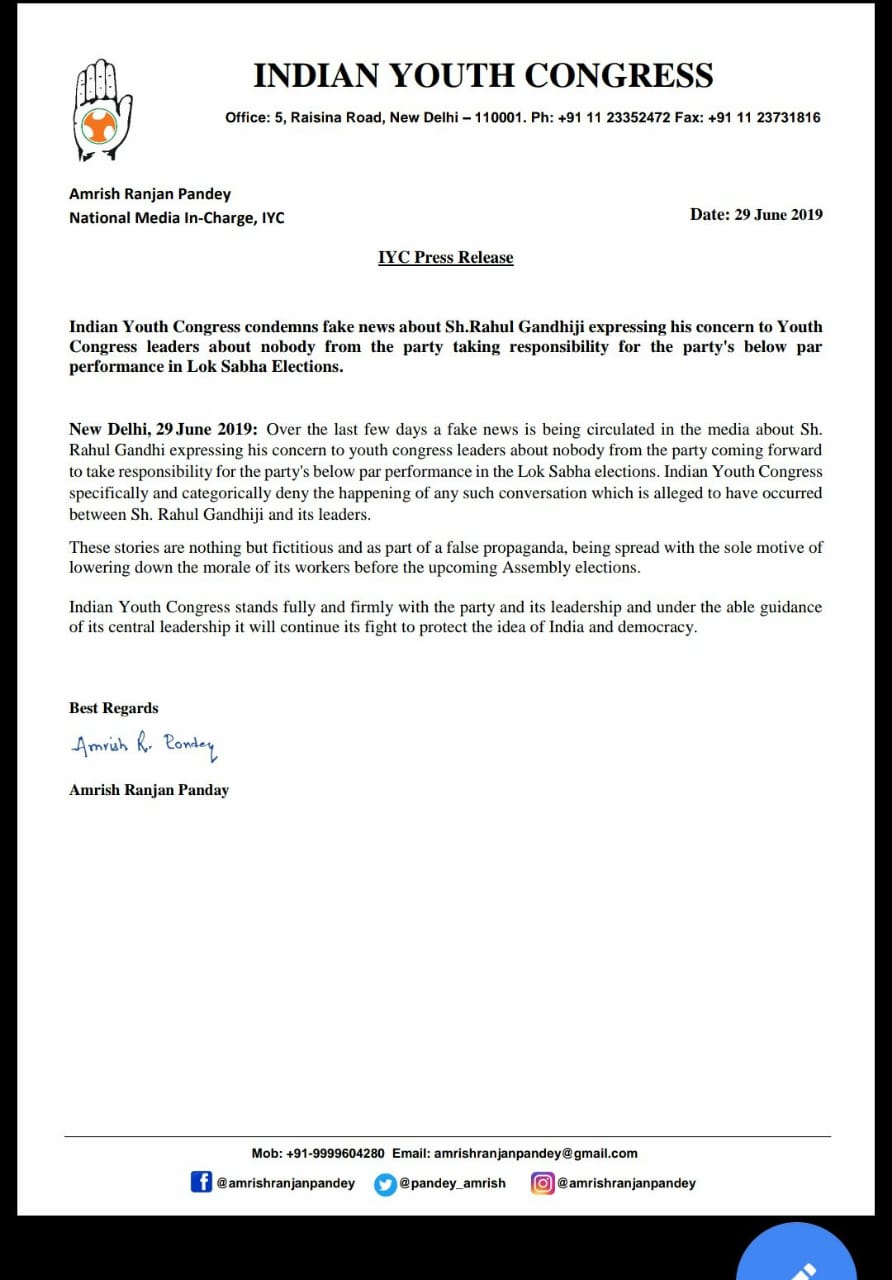 The press release comes at the time of the report that BJP rebel Nana Patole resigned as the party's Kisan Congress President. He had contested in the Lok Sabha elections against Nitin Gadkari in Nagpur. He was defeated by Gadkari who won 6,57,624 votes. Patole had got 4,42,765 votes in the constituency.

Patole's resignation is the latest in a series of senior leaders from their quitting their posts after Rahul Gandhi reportedly expressed he was upset that they were not taking ownership for Lok Sabha elections' debacle.

On Thursday, senior Congress leader and Rajya Sabha MP Vivek Tankha had resigned as chairperson of the All India Congress Committee’s legal human rights and RTI department. He quit saying that he agreed with Kamal Nath who had made a statement where he had admitted his responsibility in the Lok Sabha poll debacle.