In what could be seen as part of Navjot Singh Sidhu's pressure tactics, his supporter Gulzar Inder Chahal also resigned as Punjab Congress treasurer on Tuesday. 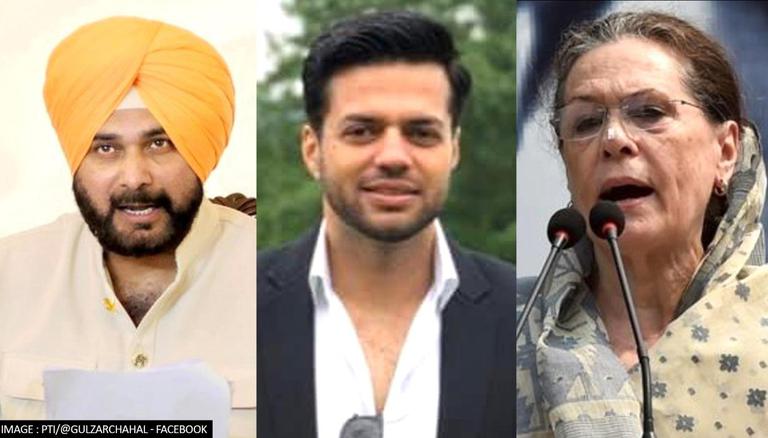 
In what could be seen as part of Navjot Singh Sidhu's pressure tactics, his supporter Gulzar Inder Chahal also resigned as PPCC treasurer on Tuesday. Chahal, who was formally appointed as the Punjab Congress Committee treasurer by Sidhu himself, has quit the position without giving any reason, mere hours after Sidhu's own shock resignation from the post of PPCC chief.

In a letter addressed to Congress President Sonia Gandhi, Chahal wrote. "I hereby resign as the Treasurer of Punjab Pradesh Congress Committee with immediate effect."

Along with Chahal, Pargat Singh and Yoginder Pal Dhingra were also appointed as General Secretaries of the Punjab Pradesh Congress Committee (PPCC) on September 21, though Chahal is the only one apart from Sidhu who has resigned thus far.

Gulzar Chahal is a Punjabi film actor and producer known for his role in 'Jag Jeondeyan De Mele'. He also starred in the Bollywood movie "I Am Singh" directed by Puneet Issar. Gulzar's father, S. Harinder Singh Chahal is a decorated police officer in Punjab, who recently retired as a Deputy Inspector General of Police (DIG).

The resignation of Navjot Sidhu has put the Congress High Command in a difficult position, just months ahead of Punjab Assembly polls. Sidhu - who was tipped to be Congress' Chief Ministerial face for Punjab in the upcoming polls - tendered his resignation as PPCC President via a short letter, in which he stated that he would not compromise on the development of Punjab. He gave no clear reason for his disagreement with the party. His move comes on the same day as former CM Captain Amarinder Singh left for Delhi.

Notably, over the last 7 days, Sidhu had appointed at least 13 to 14 of his aides in the Congress organization. It remains to be seen if more resignations are expected from the Sidhu camp.

Blindsided by the CLP meeting that was called without his knowledge, 79-year-old Capt Amarinder Singh tendered his resignation from the Punjab CM post last Saturday along with his council of ministers.

Terming Navjot Sidhu an incompetent, anti-national, pro-Pak man, Captain Amarinder Singh said that he will oppose Sidhu if he is picked as Congress CM candidate. While Amarinder and Sidhu have locked horns since 2019, the final blow to the former came when the Congress High Command picked Sidhu as Punjab Pradesh Congress Committee chief, in spite of the CM's vehement opposition.

After a day of brainstorming, Congress picked 58-year-old Charanjit Singh Channi who was sworn in as the 16th Chief Minister of Punjab, in the presence of Governor Banwarilal Purohit on Sunday. Channi was picked over Randhawa after Sidhu was upset with the pick. Captain Amarinder has claimed vindication after Sidhu quit the PPCC post, tweeting 'I told you so...'.

I told you so…he is not a stable man and not fit for the border state of punjab.