Shiv Sena MP Sanjay Raut was arrested by Enforcement Directorate (ED) over 'non-cooperation' after over six hours of questioning in the Patra Chawl scam case. 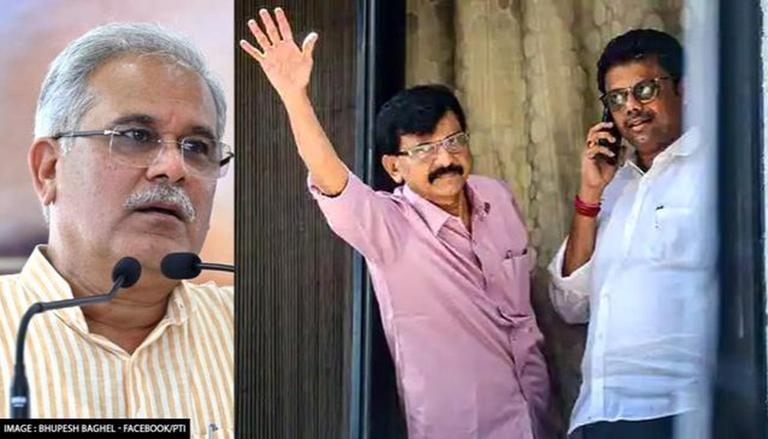 
After Shiv Sena MP Sanjay Raut was arrested by the Enforcement Directorate (ED) over 'non-cooperation' after over six hours of questioning in the Patra Chawl land scam case, several opposition leaders have been coming out in his support. Chhattisgarh Chief Minister Bhupesh Baghel on August 1 slammed the BJP government for targeting the opposition parties by using the Central agencies.

Speaking to the media, the Chhattisgarh CM said, "Whoever speaks against the Centre is investigated. In 8 years, only opposition has been targeted by ED. BJP-ruled states are not looked into. I don't say those in wrong shouldn't be investigated, but it should not be done selectively."

"I have been saying that ED, IT and CBI are being used to destabilise non-BJP ruled states. Jharkhand is a prime example," he added, referring to the illegal mining scam in Jharkhand.

Meanwhile, Sanjay Raut has been sent to ED custody till August 4. The Court observed that "custodial interrogation of the accused is necessary as it can not be ignored considering the chargesheet that has been filed." The ED has agreed to not grill the Shiv Sena MP post 10.30 PM due to his heart condition.

Republic TV accessed the arrest memo of Sanjay Raut, the Editor of the Shiv Sena mouthpiece 'Saamana'. As per the memo, ED Assistant Director DC Nahak arrested Raut at 12.05 am today (August 1) in the exercise of the powers under Section 19 of the Prevention of Money Laundering Act and informed him of the grounds of arrest. In the memo, Nahak mentioned he had reason to believe that the Sena MP was guilty of an offence under PMLA based on the material in his possession.