Congress leader Priyanka Gandhi Vadra informed that she has placed herself in quarantine after testing positive for the coronavirus with mild symptoms. 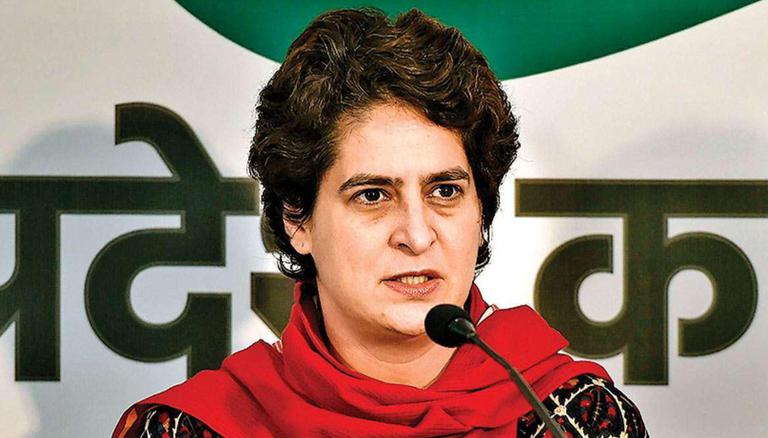 
A day after Congress president Sonia Gandhi tested positive for COVID-19, Priyanka Gandhi Vadra has now tested positive for the coronavirus, reporting mild symptoms. She informed about it on Twitter where she added that she is quarantining for the time being and is following all protocols.

The Congress leader has also urged all those who came in contact with her recently to take all necessary precautions.

I've tested positive for COVID-19 with mild symptoms. Following all the protocols, I have quarantined myself at home.

I would request those who came in contact with me to take all necessary precautions.

Notably, this came just a day after her mother Sonia Gandhi was also confirmed of being infected with the virus. Following this, Priyanka Gandhi who was scheduled to visit Lucknow on Thursday made changes in her plans and came back to Delhi. However, this seems to be a precautionary measure following Sonia Gandhi's positive test result.

Priyanka Gandhi was supposed to participate in a two-day meeting in Lucknow for discussing the party's upcoming strategy. Informing about this, state Congress media vice-chairman Pankaj Srivastava told PTI that she left for New Delhi on Day 2 of the programme further adding that the discussions on the second day of the party's two-day 'Nav Sankalp Shivir' continued on Thursday.

Just days before appearing in front of the Enforcement Directorate (ED) in connection to a money laundering case, Congress chief Sonia Gandhi after developing a mild fever on Wednesday evening got tested for COVID on Thursday. Informing about the same, party spokesperson Randeep Singh Surjewala said that the Congress president, along with a few other party leaders, has tested positive for the infection. He also said that the Congress chief met many leaders last week and some of them have been found COVID positive.

Further speaking on Sonia Gandhi's ED summons, Surjewala asserted that she will appear before the Central agency on June 8 and any further developments will be informed.

In the meantime, along with Sonia Gandhi, her son and ex-party president Rahul Gandhi was also summoned by the ED for questioning in connection to the National Herald case.