K. C. Venugopal tweeted that the congress is planning a satyagrah protest at all assembly constituencies in their respective states on June 27. 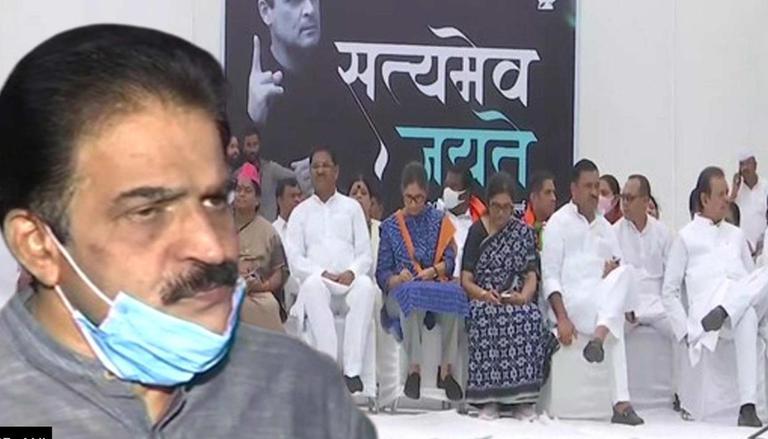 
Amid unrest and discontent accross the country against the Centre's Agnipath military recruitment scheme, Congress leader K.C. Venugopal has announced a pan-India protest by the Congress opposing the Agnipath Scheme.

Congress leader KC Venugopal, who is a Member of Parliament from Rajya Sabha, took to Twitter on June 22 to announce the date and the time of the peaceful protest that the congress is planning. A satyagraha has been planned on June 27.

"Continuing our uncompromising fight against the precarious  #AgnipathScheme, @INCIndia will observe a peaceful Satyagraha led by MLAs, MPs & Leaders on Monday, the 27th June, from 10am to 1pm at all assembly constituencies in their respective states," he tweeted.

The Agnipath scheme and the protests that followed

Amid a freeze on recruitment rallies for two years owing to the COVID-19 pandemic, the Union Cabinet approved a new scheme called 'Agnipath' on June 14. Under the aegis of this scheme, 46,000 youths aged between 17.5-21 years would be recruited into the Armed Forces for a period of 4 years on a short-term contract.

This has been touted as a major defence policy reform as upto 25% of 'Agniveers' (candidates hired under Agnipath) would be selected for enrollment in the Armed Forces as regular cadres. Apart from an attractive monthly salary, they will be given a one-time ‘SevaNidhi’ package of Rs.11.71 lakh at the end of their 4-year stint.

However, the Union Government's announcement was followed by protests across the country, which witnessed crowds blocking railway tracks and highways, pelting stones at trains and buses, toppling vending kiosks at train stations, and burning used tyres on tracks. The protests caused chaos in several parts of the country.

The government eventually increased the upper age limit for the recruitment via the Agnipath scheme to 23 years (only for the year 2022). Thereafter, the Ministry of Home Affairs announced a 10% reservation for Agniveers in Central Armed Police Forces and Assam Rifles.

READ | Moily slams govt for 'Agnipath' scheme, says it will result in 'flood of unemployed' youth

Similarly, the Defence Ministry cleared a proposal to reserve 10% of posts for Agniveers in the Indian Coast Guard and all the 16 Defence Public Sector Undertakings.