In his letter to PM Modi, Rajya Sabha PM Binoy Viswam said that leaving the trained youth unemployed after such a short period might lead to law & order issues 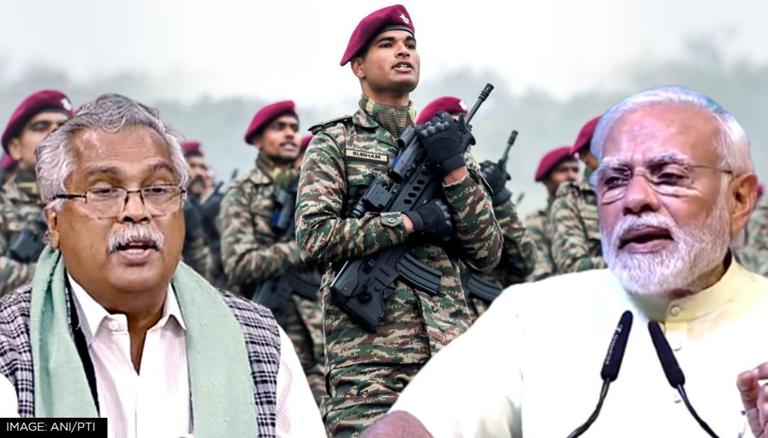 Expressing concerns over the four-year recruitment plan, Viswam said, the scheme will be unfair towards the youth of the country, especially to those in the rural areas, as the army will recruit people on a short-term contract basis which does not make them eligible for pension schemes as well as other benefits available in the permanent army.

"Concerns about their future are also at stake as 75% of the recruited will be forced to take a compulsory retirement post four years of service, leaving them unemployed without work at a tender age," he wrote.

The CPIM leader further said that leaving the trained youth unemployed after such a short period might also lead to law and order issues. In addition to this, the scheme could also potentially lead to the militarization of civil society, he claimed.

"I earnestly request you to intervene and rethink the matter and consider repealing the said act so that the concerns of the youth are taken into account and also the operational effectiveness of our armed forces is kept intact," he urged PM Modi.

The government of India has unveiled a new scheme called 'Agnipath' for the recruitment of 45,000 soldiers in the Army, the Navy, and the Air Force, largely on a short-term contractual basis, with an aim to cut the ballooning salary and pensions bill. The soldiers, both men, and women, recruited under the scheme will be called 'Agniveer'.

In light of the Opposition raising concerns over Agnipath and the ongoing protests in Bihar, the government on Thursday and issued a statement, debunking the myths about the scheme.

Assuring post-retirement benefits to Agniveers, the government said soldiers aspiring to be entrepreneurs will get a financial package and bank loan scheme after serving in the army for four years. Those desiring to pursue higher education will be given a certificate equivalent to the class 12 certificate and a bridging course. The ones who wish to obtain jobs will be given priority in Central Armed Police Forces (CAPFs) and the state police. Several avenues are also being opened up for them in other sectors.

READ | Tejashwi Yadav expresses uncertainty over 'Agnipath' scheme; 'How will nation be safe...?'

The government said that in the coming years, the recruitment for Agniveers in the armed forces will be around three times the current recruitment.