As the ongoing farmers' protest spills into 7th month, Union Agriculture Minister Narendra Singh Tomar on Wednesday stated that the Centre was open for talks 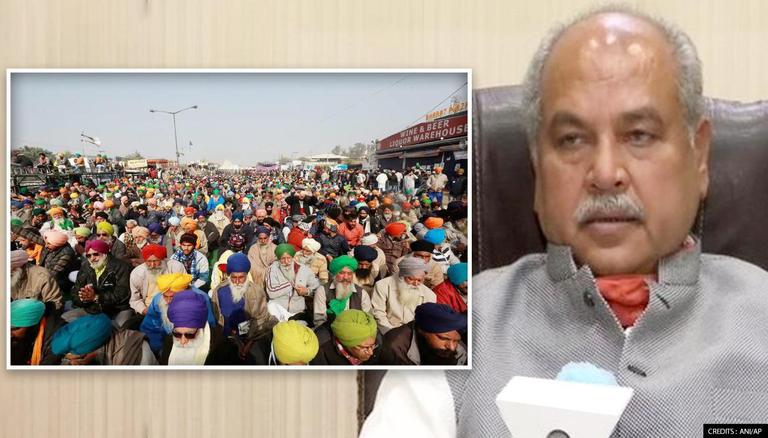 
As the ongoing farmers' protest spills into the seventh month, Union Agriculture Minister Narendra Singh Tomar on Wednesday categorically stated that the Centre was open for talks with the farmers and that the clause-by-clause discussion of the farm laws was yet to take place. Addressing the press during the Union Cabinet briefing, Agriculture Minister Tomar noted that the Centre had held 11 rounds of talks with the protesting farmers to resolve the deadlock over the controversial farm laws and claimed that no politician was able to flag an issue by the clause in either Houses of the Parliament.

Hailing the decisions of the PM Modi-led government to increase the income of the farmers as 'unprecedented', the Union Minister said that political parties, in the past, had attempted to introduce the new farm laws but had failed while the BJP government had managed to do so. Further, Agriculture Minister Narendra Tomar said that the government had proposed to set up a committee to study the deficits in the farm laws while the three farm laws were put on abeyance for 18 months and noted that it was unfortunate for the protesting farmers to not have accepted the proposal.

"The Central government has always talked in the interest of farmers' welfare, and it is ready to talk with farmers," Union Agriculture Minister Narendra Tomar said.

"If the farmers' organisations are ready to discuss options other than the agriculture bills, then the government is ready to talk with them," he added.

Meanwhile, the Cabinet Committee on Economic Affairs, chaired by PM Modi, approved the increase in the Minimum Support Prices (MSPs) for all mandated Kharif crops for marketing season 2021-22. 'The Government has increased the MSP of Kharif crops for marketing season 2021-22, to ensure remunerative prices to the growers for their produce. The highest absolute increase in MSP over the previous year has been recommended for sesamum (Rs. 452 per quintal) followed by tur and urad (Rs. 300 per quintal each). In case of groundnut and nigerseed, there has been an increase of Rs 275 per quintal and Rs 235 per quintal respectively in comparison to last year. The differential remuneration is aimed at encouraging crop diversification,' Government of India press release read.

'The increase in MSP for Kharif Crops for marketing season 2021-22 is in line with the Union Budget 2018-19 announcement of fixing the MSPs at a level of at least 1.5 times of the All-India weighted average Cost of Production (CoP), aiming at reasonably fair remuneration for the farmers. The expected returns to farmers over their cost of production are estimated to be highest in case of Bajra (85%) followed by urad (65%) and tur (62%). For rest of the crops, return to farmers over their cost of production is estimated to be at least 50%,' the press release added.