Ahead of proposed "Chakka Jam" by the protesting farmer unions,  National Secretary General of Confederation of All India Traders (CAIT) Parveen Khandelwal said that the agitation which has been going on in parts of Delhi, Punjab and Harayana since the last 2 months is completely baseless because it is the crores of businessmen working in mandis, who have to bear the loss due to Centre's 3 contentious farm laws. As far as the farmers are concerned, it is not compulsory fr them to accept these farm laws.

Speaking further about the reform farm laws, CAIT's National General Secretary informed in the view of proposed "Chakka Jam" on February 6, Khandelwal informed that he was written a letter to the Lieutenant Governor of Delhi, Anil Baijal. Detailing the content of the letter, the Secretary-General has requested the Governor to increase the security of the Delhi Markets.

Recalling the shocking incidence of violence of tractor rally on January 26 in the National Capital, Khandelwal said that despite the fact that Bharatiya Kisan Union (BKU) leader Rakesh Tikait has informed that the protestors will not include Delhi in "Chakka Jam", the traders of Delhi are having suspicions and this is why extra security measures should be taken. 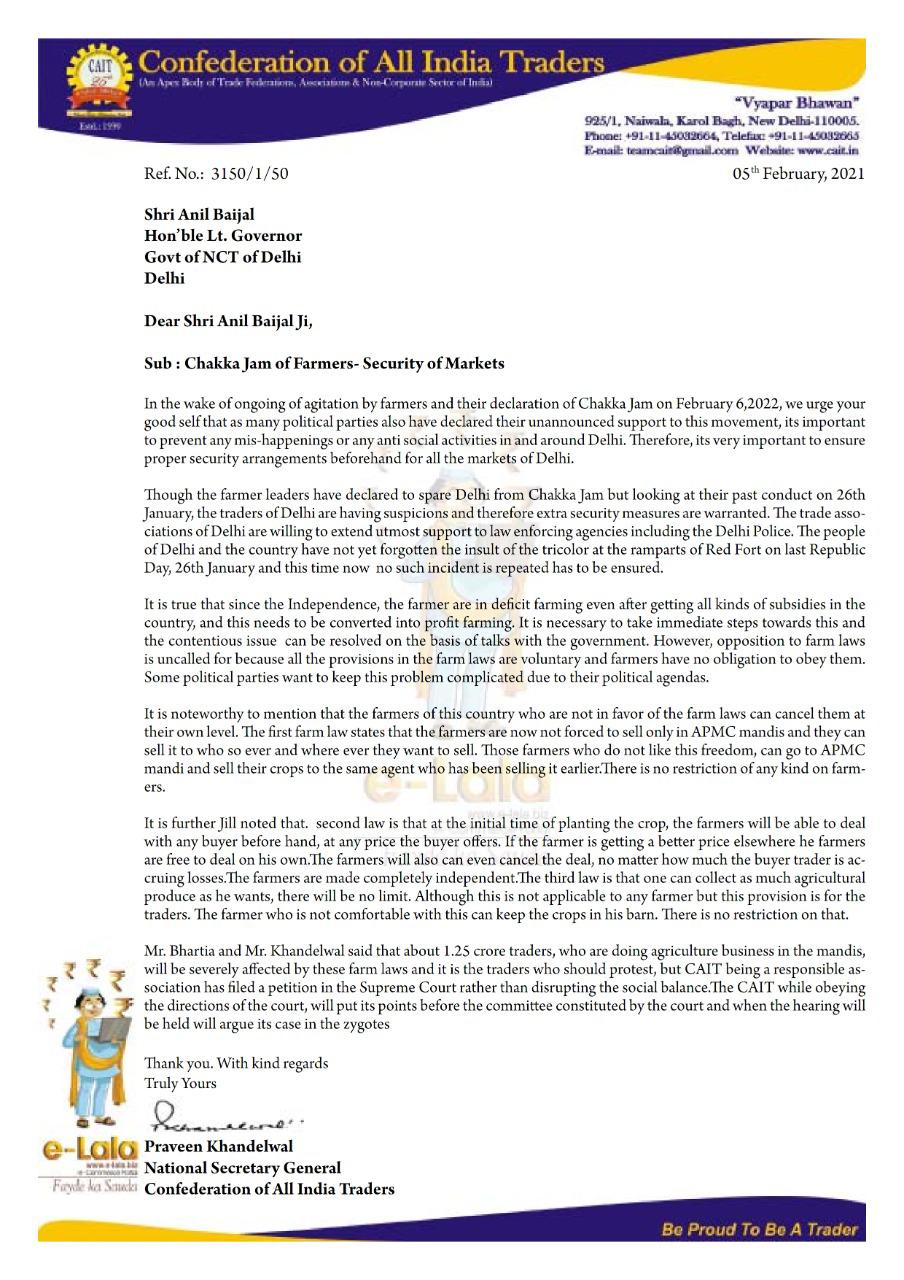 Farmer unions Monday announced a countrywide "Chakka Jam" on February 6 when they would block national and state highways for three hours in protest against the internet ban in areas near their agitation sites, harassment allegedly meted out to them by authorities and other issues. Union leaders told a press conference at the Singhu Border here that they will block the roads between 12 pm to 3 pm on February 6.

They also alleged that farmers have been "ignored" in the Union Budget 2021-22, and water and power supply have been curtailed at their protest venues. The Samkyukt Kisan Morcha, an umbrella body of protesting unions, also alleged that the Twitter accounts of Kisan Ekta Morcha and a user named 'Tractor2Twitter' have been restricted.