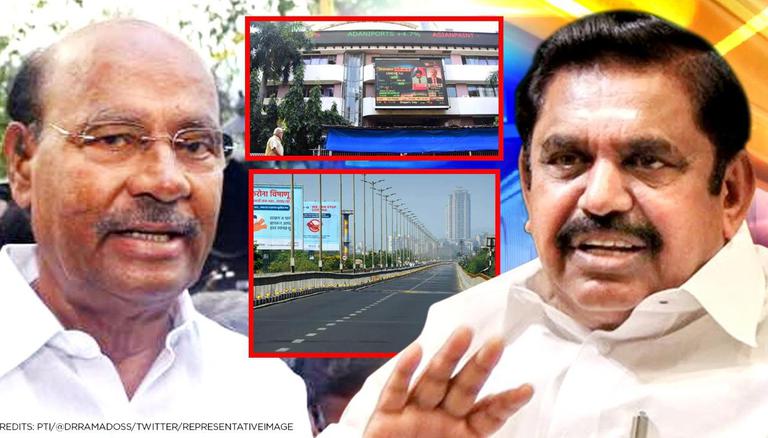 
Digital advertisements placed in government facilities and public places across Tamil Nadu without permissions and licenses have raised the demand within the government to prevent the multi-crore profit-generating business from going to proxy companies.
In a statement issued by PMK leader Ramadoss back in 2018, the leader had alleged that only three companies were handling advertisements in all the bus stops in Chennai. All of the advertisements had to be sanctioned by three umbrella firms, which the PMK supreme claimed were Binami companies of ministers within the AIADMK administration (although he failed to announce the names). However, he added, no investigation took place in the incident and Ramdoss failed to capitalise on the monument gained in the Assembly while making this claim.

There also seemed to be no backlash or reaction to his remarks since Ramadoss stated that the Tamil Nadu government has lost revenues crossing 3,750 crores in just the last three years due to this, as unregulated digital advertisements were largely returning profits only to those 3 private firms. He further added that he had reports confirming the news that all 3 companies were registered within 10-day intervals during February 2015 and that only one person seemed to be directing all three companies.

The digital advertising business which started in Chennai and expanded to other cities such as Coimbatore and Madurai has rapidly grown in revenue and installations, with advertising violation reaching its peak in Coimbatore. Over the past four years, a large number of digital billboards have been erected in Coimbatore without permission and in violation of the rules.
The Coimbatore city corporation claimed that public toilets were being maintained by allowing these advertisements the firms take on the responsibility of looking after them. However, maintaining public toilets can hardly be a reasonable model of payment for displaying a significant number of advertisements across the city.

Similarly, there are a number of digital billboards in various parts of Coimbatore, such as 100 ft Road, Crosscut Road, TP Road, Big Shop Street, Rajaveedi and Oppanak Karaveedi. Most of these advertisements were posted after the election date was announced last March.

According to the Ministry of Road Transport and Highways, Madras HC and the Supreme Court, directions have been issued to district administrations to ensure no such advertisements were being allowed. However, since all these advertisements were allegedly installed by the then ruling party's proxy companies, no complaint was raised. It is imperative to note that according to the Tamil Nadu Urban Local Bodies Billboards and Taxation Act 2003, any advertisement that attracts the attention of motorists and pedestrians must be licensed by the District Collector.

While these advertisements do not generate much revenue for the city corporation or the government, proxy companies appear to be earning hundreds of crores a year. This is why perhaps Ramadoss and other notable figures in the government seem to bat for immediate standardisation of digital advertisements in the State's metropolitan cities.