"I am not against the national song, but saying Vande Mataram is against our religion," AIMIM Bihar president and MLA Akhtarul Iman said on Friday. 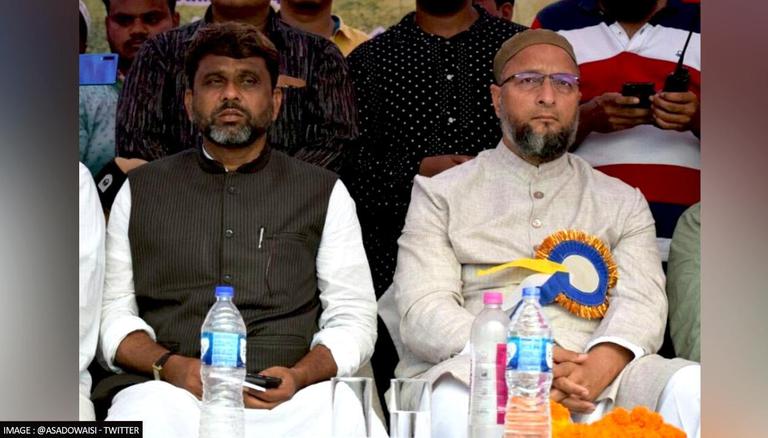 Outside the Bihar Assembly, a reporter asked Iman if not singing the national song was 'anti-national' (desh-droh), to which he replied, "Who said this? Who said this jumla? Will you say anything from the top of your head? Who has given you the right to say this? The nation does not run based on your claims. We follow our Constitution. Those who drafted the Constitution were far more intelligent than us. They have given us the full right to spread love and follow our religion."

"Why is it important to sing the national song? Everyone has their own choices. It is not important, without reason you should not make anything important. I am not against the national song, but saying Vande Mataram is against our religion," he added.

This is not the first time that Akhtarul Iman has courted controversy. Last year, a war of words erupted on the floor of the Bihar Assembly when he insisted that the draft for the oath in Urdu should use the word 'Bharat', as it is in the Constitution, instead of 'Hindustan'. The newly-elected MLA from Amour constituency ultimately used the word 'Bharat' during his oath-taking on 23 November 2020.

The AIMIM MLA said, "I had raised no objections. I had simply made a point that whenever we read the Preamble of the Constitution, in whichever language, it mentions the word 'Bharat'. In the light of this fact, I felt that since we are taking oath in the name of the Constitution, it would be proper if use the same term for the name of our country".

He asserted that he had "no problems with the word Hindustan" and said, "I have grown up reciting Iqbal's famous poem "Saare jahaan se achcha, Hindustan hamaara".