Sukhbir Badal, the chief of the Shiromani Akali Dal (SAD), stated on Tuesday that his party has a stable alliance with the BSP and will not join with BJP 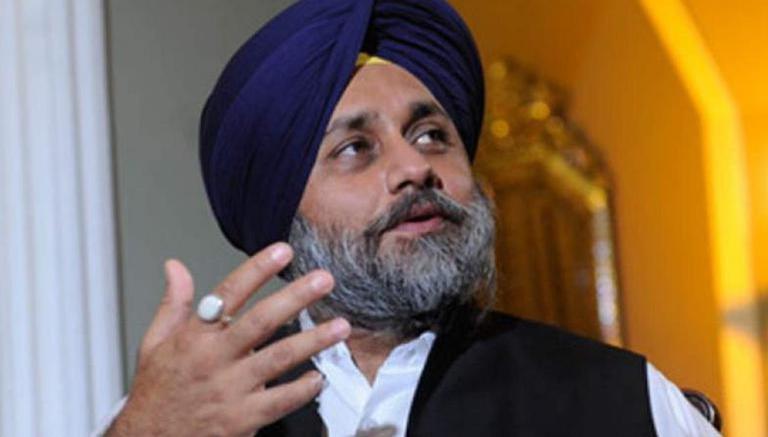 
Sukhbir Singh Badal, the chief of the Shiromani Akali Dal (SAD), stated on Tuesday that his party has a stable alliance with the BSP and will not join hands with its previous partner, the BJP. He told reporters in Chabbewal that the SAD's future belongs with the BSP. Last year, the Shiromani Akali Dal left the National Democratic Coalition (NDA) over farm laws, severing the historic alliance between the BJP and the SAD.

"We have a firm alliance with the Bahujan Samaj Party (BSP)," he said while replying to a question and asserted that the SAD will not join hands with the Bharatiya Janata Party (BJP).

The ruling Congress, the SAD-BSP alliance, the Aam Aadmi Party (AAP), and the BJP are scheduled to contest in the elections for the 117-member Punjab Assembly. When asked about Delhi Chief Minister Arvind Kejriwal's pledges to all sections of society ahead of the Punjab elections, Badal said the AAP leader should start with Delhi.

Sukhbir Badal also alleged that former Punjab Chief Minister Amarinder Singh failed to keep pledges given to the public before the 2014 assembly elections, while current Chief Minister Charanjit Singh Channi was making big claims. Both Kejriwal and Channi, according to Badal, were lying to the people of the state and making false promises.

“Kejriwal must prove his sincerity by first implementing the promises he's making in Punjab in his own state, otherwise, Punjabis will not believe him. Why has he not given an allowance to women, 300 units of free power and also regularised jobs in Delhi," he further questioned.

Punjab elections to be held in 2022

Even after the central government announced that the farm laws would be repealed, Shiromani Akali Dal head Sukhbir Singh Badal denied any possibility of allying with the Bharatiya Janata Party (BJP) on Friday. Punjab is set to have assembly elections early next year. In June of this year, the SAD formed an alliance with the Bahujan Samaj Party (BSP) for the Assembly elections.

According to the seat-sharing agreement, Mayawati's BSP will compete for 20 of Punjab's 117 Assembly seats, while the SAD will contest the rest. Kartarpur Sahib in Jalandhar, Jalandhar-West, Jalandhar-North, Phagwara, Hoshiarpur Urban, Dasuya, Chamkaur Sahib in Rupnagar district, Bassi Pathana, Sujanpur in Pathankot, Mohali, Amritsar North, and Amritsar Central are among the seats that the BSP will fight.

The SAD previously had an alliance with the BJP, but Badal's party left the NDA last year over the farm laws issue. Under its previous coalition with the SAD, the BJP ran for 23 seats. The 117-member Punjab parliament will be elected early next year. The Election Commission of India has yet to declare the state election timetable.