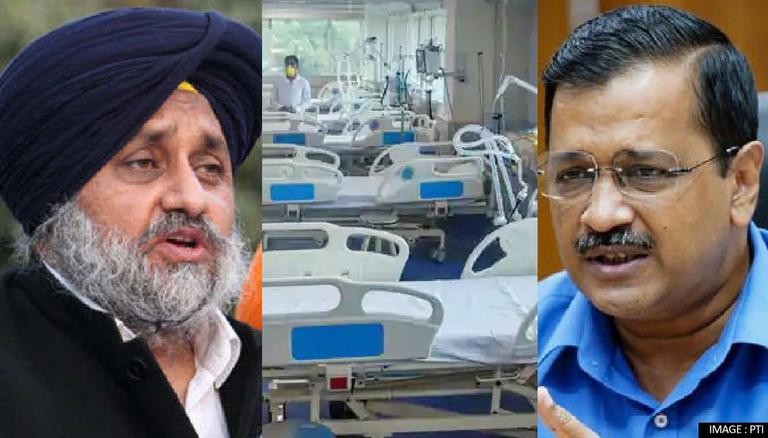 
Scoffing at AAP's free healthcare promise to Punjab, Akali Dal chief Sukhbir Singh Badal on Thursday claimed that Kejriwal's promises were merely a Hindi translation of all the commitments made by his party. Terming Kejriwal as 'Master of Melodrama', refuted Kejriwal's claims of building flyovers, hospitals and launching new schemes. Claiming that AAP did not trust anyone from Punjab to deliver these promises, he added that Punjabis cannot be remote-ruled by outsiders.

Just heard @ArvindKejriwal "health bullet-in", a Hindi translation of all the commitments made by @Akali_Dal_ already on August 3. Kejri surely excels in mimicry, copying ideas of others. Nothing new in announcements, except the translation part. 1/3 pic.twitter.com/U7co8XfTep

When asked how he would be able to afford it, he said, "People ask where will the money come from?  We saved 150 crores in making a flyover in Delhi and in that 150 crores the whole of Delhi's Medicines became free. Just like this, money will come by ending corruption!". Kejriwal remained mum when asked if Sidhu would join AAP saying, "It is a hypothetical question. If any such thing happens, I will tell you."

Akali Dal and BSP formed an alliance for the 2022 Punjab Assembly elections, coming together after a gap of 25 years. Under the tie-up, the BSP will fight 20 of the 117 Assembly seats while the rest will be contested by the SAD, said Badal. BSP chief Mayawati dubbed the alliance between the SAD and her party as a "new political and social initiative" which will usher in progress and prosperity in Punjab, congratulating former CM Parkash Singh Badal over the phone. Punjab has 31.94 percent Dalit population, mainly concentrated in Jalandhar, Hoshiarpur, Nawanshahr and Kapurthala districts.

At the start of the farmers' protest, Harsimrat Kaur Badal had resigned from her cabinet post and Akali Dal snapped its 35-year ties with the BJP, protesting against the Farm Laws. It has also repeatedly held farmer protests in Punjab, demanding the Congress government to declare the entire state as a "notified mandi", reject the three Farm Acts passed by Parliament and repeal its amended APMC Act of 2017. Akali Dal faces a weakened Congress and an emerging AAP for the Punjab polls in February 2022.