Akalis Oppose Appointment Of New Punjab DGP; 'Candidate Was Not Even In Shortlist'

As stated by the notice issued by the Punjab government on Thursday, December 16, UPSC has appointed IPS Siddharth Chattopadhyaya as the new Punjab DGP. 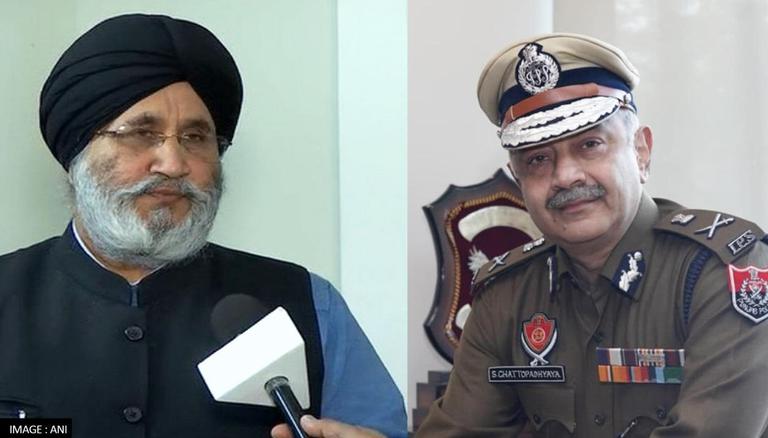 "This appointment was done despite the fact that UPSC is scheduled to take a decision on the appointment of a regular DGP on December 21 and Chattopadhyaya is not even among the candidates shortlisted for consideration for the post," SAD vice president said.

Cheema's statement came shortly after the Department of Home Affairs and Justice announced about appointing Vigilance Bureau Chief Siddharth Chattopadhyaya as the new Director-General of Police. He will be replacing IPS Iqbal Preet Sahota and has also been given additional charge.

Meanwhile, apart from the removal of Sahota, Advocate General APS Deol has also been removed from his position amid the ongoing infighting between the Punjab government and Congress Committee chief Navjot Singh Sidhu. There have been reports of a clash between Punjab Chief Minister Charanjit Singh Channi and Sidhu. Punjab government is also under fire after the opposition charged them with using police officers as a tool and further resulting in a number of police transfers.

READ | 'Why no probe into corruption charges in Punjab police postings?': Amarinder Singh to Channi

Earlier this month, two senior ministers of the Punjab government also got into a tussle over the alleged scandal concerning kickbacks for police transfers. Also, opposition outfits including the Aam Aadmi Party and the Akali Dal had sought a probe in the transfer of officials.

As stated by the notice issued by the Punjab government on December 16, UPSC has appointed IPS Siddharth Chattopadhyaya as the new Punjab DGP ahead of the upcoming assembly elections in the state.

The notice issued by the government read, "In place of Sh. Iqbal Preet Singh Sahota, IPS (PB:1988) Special DGP Armed Bn., Jalandhar, Sh. Siddharth Chattopadhyaya, IPS (PB:1986) DGP, PSPCL, Patiala shall look after the work of Director General of Police, Punjab (HoPF) in addition to his present duties until a fresh appointment is made to the post of Director General of Police, Punjab (HoPF) as per prescribed procedure. The orders will come into force with immediate effect."