Advocate Vishwanath Chaturvedi while addressing a press conference leveled a series of allegations on Samajwadi party chief Akhilesh Yadav and his close aides. 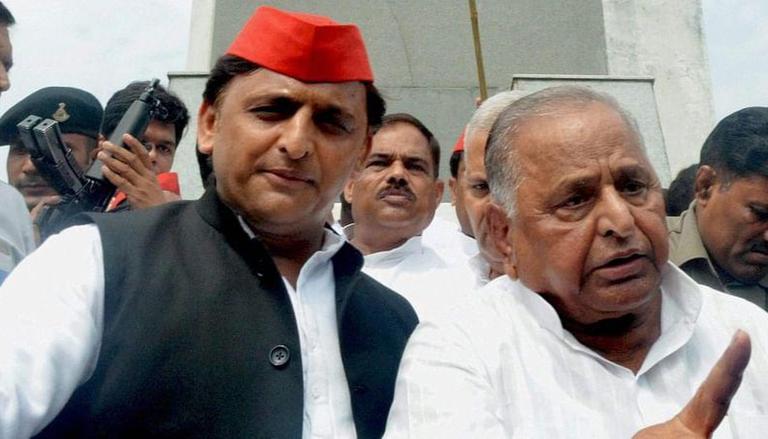 
In another attack on Samajwadi Party and its chief Akhilesh Yadav, Supreme Court advocate Vishwanath Chaturvedi alleged the SP chief and his close aides of running bogus companies and further carrying out transactions worth crore of rupees. However, responding to the same, the party has refuted such allegations saying that it has been sponsored by the Bharatiya Janata Party (BJP).

Advocate Vishwanath Chaturvedi on Monday while addressing a press conference in Lucknow levelled a series of allegations on Samajwadi party chief Akhilesh Yadav, his brother Prateek and other people close to him and accused them of running 16 fraud companies and transacting worth crore of rupees. He further said that the 16 companies have been registered under the same address and a single mobile number. Apart from that, he also alleged Akhilesh Yadav and his close aides of having links with mafia Chhota Shakeel. Additionally, Chaturvedi also accused Akhilesh Yadav of transacting business with Chhota Shakeel while he was the chief minister.

Urging Prime Minister Narendra Modi to initiate necessary action in regard to this, he said that details concerning the same has been given to the Income Tax Department a year ago but no action was taken so far.

However, in a sharp response to this, the Samajwadi party's chief spokesperson Rajendra Chaudhary has refuted the allegations by Chaturvedi and said that these have been sponsored by the BJP. He further added that the ruling party is scared of getting defeated in the upcoming Uttar Pradesh Assembly elections and hence is making effort to defeat the SP chief and the people close to him. "Chaturvedi's sudden appearances in the media and giving statements when elections are near raising doubt", he said.

Earlier last week, advocate Vishwanath Chaturvedi who had filed a disproportionate assets case against Samajwadi Party founder Mulayam Singh Yadav and his son Akhilesh Yadav pointed out to the central government for not jailing both of them.

Referring to the recent raids on a senior SP leader and three other closes aides of Akhilesh Yadav, he said that the government should take action against the whole Mulayam Singh Yadav family instead of raiding the places of the close ones. He also alleged the CBI of misleading the court by filing false affidavits and stating that the case has been closed in 2013, however, the CBI has not provided any report so far.