UP polls: Akhilesh Yadav Announces Intent To Ally With Uncle's Party; Ready To Give Him 'respect' 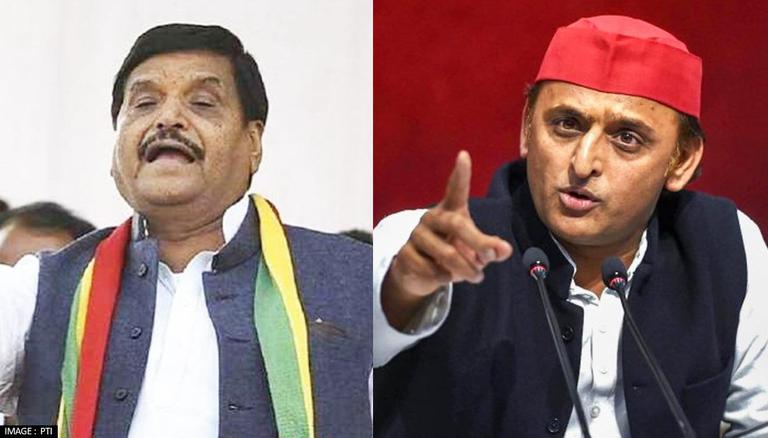 
In a key development on Wednesday, SP chief Akhilesh Yadav announced his intention to forge an alliance with his uncle Shivpal Yadav's Pragatisheel Samajwadi Party (Lohia) for the upcoming Uttar Pradesh Assembly polls. At present, Shivpal Yadav is the MLA from the Jaswantnagar Assembly constituency from where he has been winning since 1996. Since leaving SP, he has been heading the PSP(L)- a party that he formed on August 29, 2018. The SP president's desire to tie up with regional parties comes even as he has exuded confidence in winning 400 seats.

Speaking to the media, former UP CM Yogi Adityanath remarked, "Samajwadi Party has always made efforts to take along the regional parties and the smaller parties. Many of these parties have come with Samajwadi Party. Recently, Om Prakash Rajbhar held a historic programme in Mau and forged an alliance with SP. It will be the endeavour of SP to ally with regional parties. It is natural that we will ally with my uncle's party. We will accord him full respect. SP workers will give him the maximum possible respect."

Earlier on October 23, Shivpal Yadav told Republic Media Network that SP patriarch Mulayam Singh Yadav would campaign for him if Akhilesh Yadav doesn't agree to an alliance with the former. The Jaswantnagar MLA revealed that his previous attempt to have an electoral arrangement with SP failed to bear fruit. However, speculation is rife that the SP chief and Shivpal Yadav will share the stage for the celebration of Mulayam Singh Yadav's birthday on November 22 paving the way for rapprochement.

Shivpal Yadav explained, "I have been trying to (forge an alliance with SP) for the last many days. I tried even during the Lok Sabha election. At that time, I didn't even demand a single seat. I just said that the entire Samajwadi family should become one. In order to defeat BJP, we told them that our winning candidates should be respected. I should be respected."

"Netaji (Mulayam Singh Yadav) had called me and Akhilesh. He said that we should become one and fight the elections together. I was ready and told Akhilesh to heed Netaji's advice. Netaji said that if his advice falls on deaf ears, he will campaign for me," he elaborated. In the 2017 polls, BJP won a whopping 312 seats in the 403-member House, whereas the SP-Congress alliance came a distant second with 54 seats.