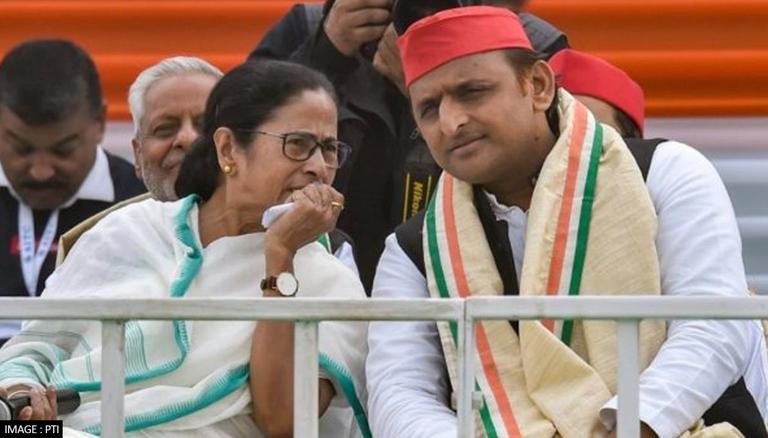 Violence on the campaign trail

On the last day of campaign, as BJP commenced its programme of 80 leaders going door-to-door in Mamata Banerjee's constituency got underway, BJP Vice-President Dilip Ghosh was gheraoed and attacked while attempting to enter Bhabanipur by TMC supporters. In the video, a crowd is seen gheraoing the leader, pushing and yelling at him, refusing him entry into the area. Sharing the same video from Dilip Ghosh's door-to-door campaign, Trinamool Congress accused BJP of threatening protestors as one of Ghosh's security brandished his gun at the crowds which had gheraoed the leader. Moreover, visuals from the ground show violent clashed between party workers of both parties with several sustaining injuries.

Moreover, on the day of polling, BJP candidate Priyanka Tibrewal alleged that TMC MLA Madan Mitra purposely shut one of the voting machines at the polling booth of ward number 72 as he 'wants to capture the booth.' Similar allegations of voting manipulation were raised by BJP's Arun Singh, who claimed that machines in polling booths 124 and 126 have been shut down. A scuffle also broke out between TMC and BJP workers in which BJP leader Kapil Chaubey's car was vandalised. Polling was completed smoothly with over 20 additional companies of Central Armed Police Forces (CAPF) providing security.

Taking on Mamata Banerjee, BJP chose its Bengal youth wing vice-president - Priyanka Tibrewal to take on the Trinamool chief at Bhabanipur. Anointing herself as 'Bhabanipur's daughter' as she was born and raised there, Tibrewal had said, "Bhabanipur nijer meyekei chaay" (Bhabanipur wants its own daughter), similar to Mamata's own Bangla nijer meyekei chaay" (Bengal wants its own daughter). Tibrewal had lost the Kolkata civic polls in 2015 and lost Entally seat in 2021 to Swarna Kamal Saha by more than 58,000 votes.

Not backing down, Mamata roused her supporters saying, "Cast your vote even if it rains. I will suffer if I don’t get even one vote. Don’t assume that my victory is ensured." Bhabanipur - which is Mamata Banerjee's constituency - is currently vacant after MLA Sovandeb Chatterjee resigned after winning the seat. As Banerjee had lost her poll battle from Nandigram, defeated by BJP's Suvendu Adhikari, she has to be re-elected by November 5 to remain West Bengal's CM.