Akhilesh Yadav announced that the Samajwadi Party will conduct a caste census for backward communities in UP if voted to power in the 2022 Assembly elections. 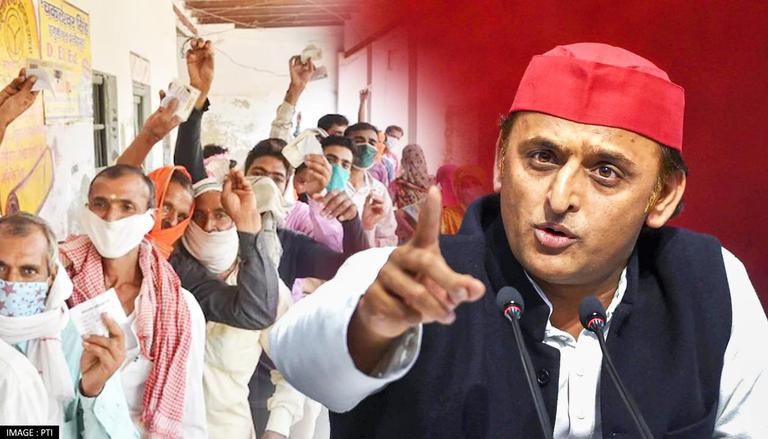 
As political leaders and parties prepare for the 2022 Uttar Pradesh Assembly polls, Samajwadi Party (SP) chief Akhilesh Yadav, on Thursday, promised to conduct a caste census for backward communities if his party is voted to power. He said the ruling Bharatiya Janata Party (BJP) government has chosen not to conduct the census and added that the SP will hold the same if elected to the state government.

“BJP government does not want to conduct caste census for backward communities. I want to assure you all that we will do it for you if voted to power,” he said.

READ | Shivpal Yadav bats for an alliance or merger with SP; tells Akhilesh to 'decide soon'

Speaking to the public ahead of the polls, Akhilesh Yadav also informed that his party will forge alliances with several other parties soon. “There are going to be more alliances very soon. If this BJP government remains in power, it will snatch everything from people,” he said.

The state ruling BJP is fighting under the leadership of incumbent Chief Minister Yogi Adityanath. While SP chief Akhilesh Yadav has announced that he will not fight the polls personally, the Samajwadi Party is expected to ally with smaller political parties for the 2022 state Assembly elections. Mahan Dal, NCP, SBSP are some of the names that have emerged.

Meanwhile, BSP's Mayawati has already announced that her party will fight polls alone in Uttar Pradesh and Uttarakhand and with the Akali Dal in Punjab. Congress has aggressively campaigned under the leadership of Priyanka Gandhi in the state, eyeing a comeback.

WE RECOMMEND
Owaisi hits out at 'Jinnah politics' in UP; blames Congress for Partition
UP Polls: RLD chief rules out alliance with Congress, set to seal tie up with SP
UP Polls: Former BSP State President & legislative party leader to join SP on Nov 7
As SP-RLD tie up, Akhilesh Yadav won't contest UP polls; Yogi & Priyanka undecided so far
Akhilesh Yadav announces intent to ally with uncle's party; ready to give him 'respect'