SP chief Akhilesh Yadav lashed out at the state's BJP government on Friday, saying they are inaugurating development projects started under his tenure. 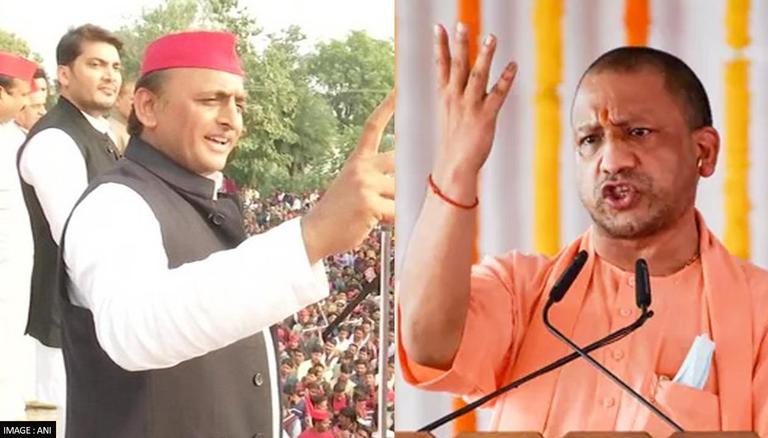 
Samajwadi Party chief Akhilesh Yadav lashed out at the state's Bharatiya Janata Party government on Friday, saying they are inaugurating development projects started under his tenure. During the Vijay Rath Yatra, Yadav addressed a crowd in Chirgaon, Jhansi, saying, "There is only one development for them, changing the name and colour. Wherever they go, they change the name. They are publishing the picture of China's airport as their own airport, they showed the picture of America's factory and showed the picture of flyover made in Bengal, and they are inaugurating the projects initiated by us."

The SP chief said that if farmers had not protested against the three farm regulations removed by Parliament during the current Winter Session, their land would have been taken from them. "The BJP government overturned the agriculture regulations when farmers objected. Only a few goods have been taken as a result of these regulations, but they would have snatched your land as well, and you would have become a labourer on your own farm. The actuality of the three farm laws is as follows," he stated.

The SP chief also criticized Chief Minister Yogi Adityanath's government for the Lakhimpur Kheri incident, which claimed the lives of four farmers. He claimed that this had only occurred during British control and that the people of Jhansi would defeat the BJP in the upcoming election. "The farmers were crushed under the car when they demanded their rights. This has never been seen before. It was only observed during the British reign when bullets were fired from the front in Jallianwala Bagh. From behind, the BJP decimated the farmers. The people of Jhansi would defeat the BJP if Rani Laxmi Bai had vanquished the Britishers here," he mentioned.

On Thursday, Akhilesh Yadav spoke exclusively to Republic TV about his party's agenda for the next Uttar Pradesh elections in 2022, as well as problems that were on the table for the key elections. Akhilesh Yadav, in a scathing attack on the ruling BJP, stated that citizens were fed up with the saffron party's broken promises and that the Yogi Adityanath-led government was now relying on the religion card to reclaim their support.