"This time the fight is not only about saving the state but also saving democracy, socialism, and secularism. BJP is attacking these," Akhilesh Yadav said. 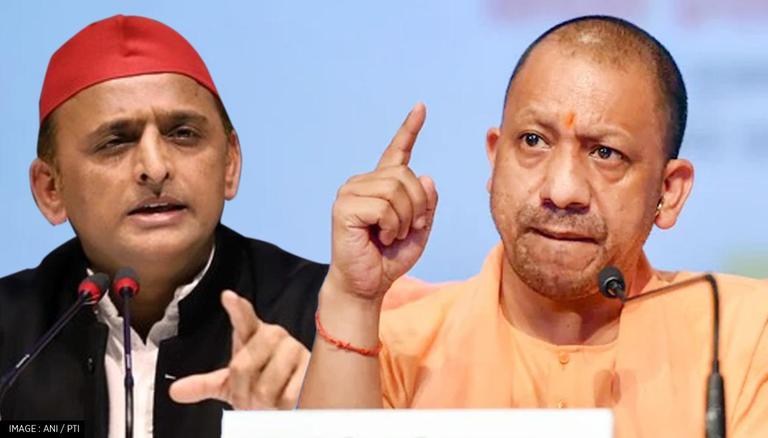 
Samajwadi Party (SP) chief Akhilesh Yadav lashed out at the Bharatiya Janata Party (BJP), saying that under the BJP's rule, "democracy, socialism and secularism" have come under threat. Yadav's statement comes at a time the SP and BJP have been trading barbs since the Chief Minister Yogi Adityanath-led government presented the Budget for 2022-23 in the Uttar Pradesh Assembly.

On Saturday, May 28, in a fresh attack on the BJP, Yadav, who is also the Leader of Opposition in the Uttar Pradesh Assembly, told ANI, "BJP still needs to understand socialism. This time the fight is not only about saving the state but also saving democracy, socialism, and secularism. BJP is attacking these and destroying institutions."

While interacting with reporters on May 27, Akhilesh Yadav lashed out at Chief Minister Adityanath's "utopian idea of Ram Rajya" and said that no Ram Rajya is complete with providing social justice. He was responding to Adityanath's views on the floor of the UP Assembly, wherein he dismissed any religious undertones to the concept and said it directly refers to the capability of the political leaders to work for the people in the most adverse circumstances and cited the example of UP government's working during the COVID-19 crises.

The UP CM said, "You should read Lohia Ji. Lohia Ji has said many things. But when you talk about socialism today and look at the situation of socialism today, people feel that it is unnatural. They feel that it has become unnatural and inhuman. People are not willing to accept it. If truth be told, the entire state is in favour of a Ram Rajya. Ram Rajya is not a religious order. Ram Rajya is an all-time, universal and eternal system that is influenced by time and situation. Those who are capable of working in any situation. Whether Corona comes or goes, we will not let any harm be caused to the people of the state."

UP Deputy CM KP Maurya took a dig at Akhilesh Yadav on the latter's constant repetition of the achievements of his government under his leadership and said, "The leader of the Opposition does not get tired of counting the achievements of his five-year tenure. Which disease do you have? If there is any disease, I would say that you get tested... Who has made the roads, the expressway, the metro? It seems all of this has been built by selling your land in Saifai."

This remark rattled the SP supremo, who replied back asking Maurya whether he had borrowed money from his father to build the roads during the BJP regime.

Yadav said, "Do you take money from your father to build roads?" He then heckled Maurya while Samajwadi Party members also stood behind him.