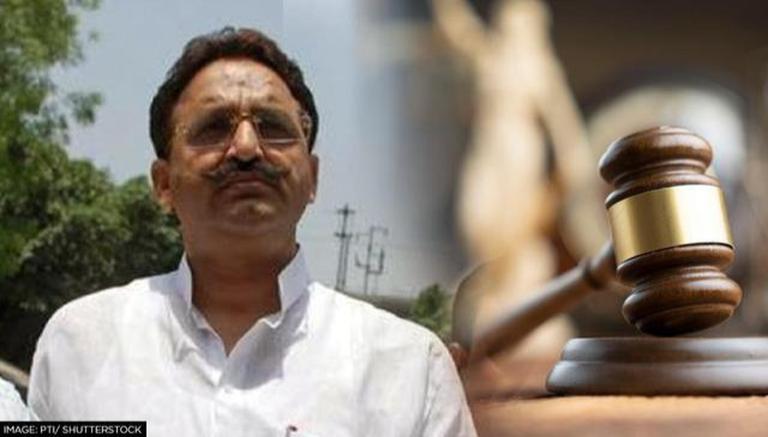 
In a setback for mafia-turned politician Mukhtar Ansari, the Allahabad High Court on Monday rejected his bail plea in connection with a case of misappropriation of MLA funds. During the hearing of the plea, Justice Rahul Chaturvedi observed that he did not find ‘any good reason’ to release the applicant on bail. Ansari, who is a former BSP MLA and SBSP (Suheldev Bharatiya Samaj Party) leader from Uttar Pradesh, is currently lodged in Banda jail.

Trouble mounted for Mukhtar Ansari as the Allahabad HC rejected his bail application. The Prayagraj court had earlier reserved its verdict in the case after a May 20 hearing. Now, the court has rejected his plea for relief. Ansari, an MLA from Uttar Pradesh's Mau constituency, was sent to jail for misappropriation of Rs 25 lakh of MLA fund. Justice Rahul Chaturvedi, while rejecting the plea, stated that there was no valid reason for granting Ansari the bail.

"Currently, there are 54 cases against the 58-year-old applicant. This speaks volumes about his checkered past and criminal antecedent,” the Allahabad HC noted while rejecting his plea. “The applicant needs no introduction in Uttar Pradesh on account of his alleged 'Robin Hood' image. He is a hardened and habitual offender who is in the sphere of crime since 1986 but surprisingly, he has managed to never get convicted,” the court said.

An FIR was lodged against the gangster-turned-politician on April 24, 2021, at the Sarai Lakhansi police station of Mau over the alleged misappropriation of MLA funds. Ansari was named along with four others in the FIR, accusing him of releasing Rs 25 lakh from his MLA fund for the construction of a school in Sarwan village. During an inquiry, it was found that the school was never built despite the money being released during 2012-2015. He was booked under sections 419 (cheating), 420 (dishonesty), 467 (forgery of documents), 468, 471 (fraud) and 120B (criminal conspiracy) of the Indian Penal Code.

It is pertinent to note that the latest rejection of bail application comes only a week after a local court in Lucknow rejected his plea seeking bail in connection with a 2020 land grab case. An FIR in the alleged land grab matter was lodged on August 27, 2020, at the Hazratganj police station by local area revenue officer Surjan Lal, in which it was reportedly said that a piece of land in the Jiamau locality of Lucknow was registered in the name of Mohammad Waseem who went to Pakistan and his land was registered in the revenue records of the government as enemy property.

READ | Mukhtar Ansari, 12 others booked under Gangster Act in Ambulance case in UP

However, the land was later grabbed allegedly by Ansari and his sons and the government was cheated of crores of rupees, according to the FIR. It is alleged that he illegally occupied the government land and thereafter got houses constructed on it after getting the map sanctioned under a conspiracy.