Bihar BJP President Sanjay Jaiswal on Saturday said that the prohibition policy is strict but the circumstances show that people are not as aware. 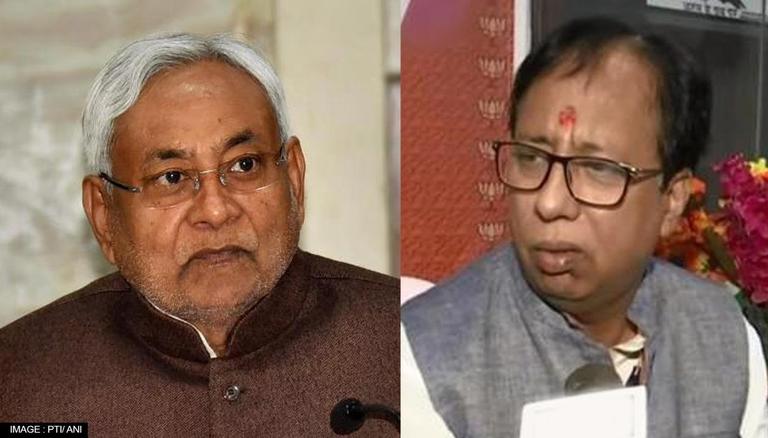 
Amid mounting criticism from the Opposition over deaths caused by spurious liquor in Bihar, Chief Minister Nitish Kumar is now facing heat from its ally BJP, which has sought a review of the state's prohibition policy. Bihar BJP President Sanjay Jaiswal on Saturday said that the law is strict but the circumstances show that people are not as aware.

"The law is strict and has been made with tough rules, but the circumstances show that people are not as aware. The government's primary work will be to stop the mafia gangs in villages as the police control is meager," Bihar BJP president Sanjay Jaiswal told ANI while commenting on the Hooch tragedy. He said that the sale of illicit liquor in the state cannot happen without the connivance of police.

The remarks came against the backdrop of nearly 40 deaths across three districts of Bihar over the past three days due to the consumption of spurious liquor. The deaths have occurred in Muzaffarpur, Gopalganj, and Bettiah districts. Raids are being conducted in 60 locations in Bihar's Gopalganj district and 19 people have been arrested so far in connection with the hooch tragedy.

CM Nitish Kumar had said that action is being taken against people who prepare spurious liquor and stressed the need to spread awareness against alcohol consumption. Meanwhile, Leader of Opposition Tejashwi Yadav has termed Kumar's liquor ban law as a "complete failure."

The prohibition policy that came into effect in 2016 is the Chief Minister's pet project, which argues that the money spent on liquor could instead be spent on the family's welfare. The policy bagged several votes for Nitish Kumar as he was able to carve out a support base of women cutting across caste lines. However, over the years Bihar has witnessed the rise of the liquor mafia due to gaps in the implementation, leading to the consumption of illicit countrymade liquor that is toxic and causes fatalities.

The BJP's suggestion to Nitish Kumar to review the prohibition policy also comes at a time when the Chief Minister has been joining voices with Opposition parties in demand for a caste-based Census and a probe into the Pegasus spyware controversy.