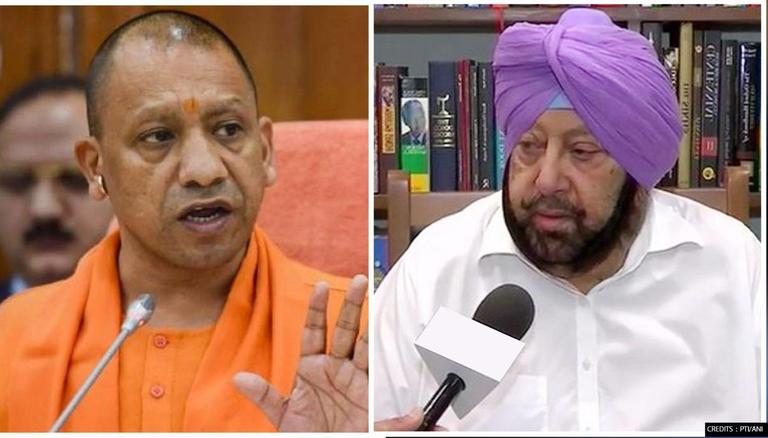 In response to UP CM's tweet calling Punjab Government's policies as divisive in nature, Captain Amarinder asked Yogi Adityanath to "stay out of his state's affairs", and alleged Uttar Pradesh Government to be promoting communal discord in its state.

He said Yogi Adityanath's tweet was nothing but a provocative gesture aimed at creating conflict among the communities living in perfect harmony in Punjab and alleged it to be a conspiracy to spread disharmony in Punjab ahead of the Assembly elections. "But the UP chief minister seems to have forgotten that his own state is also going to the polls at the same time, and if the recent Panchayat poll results are any indication, the BJP is in for a complete and shocking rout," Captain Amarinder said taking a jibe at Yogi Adityanath.

Amarinder Singh's retaliation comes in response to Yogi Adityanath's tweet which said the formation of Malerkotla as a separate district is a reflection of "divisive policies" of the Congress-led Punjab Government.

"Any distinction on the basis of ideology or religion is contrary to the basic spirit of the Constitution of India. Presently, the formation of Malerkotla (Punjab) is a reflection of the divisive policy of the Congress," Yogi Adityanath said in his tweet posted in Hindi.

On the occasion of Eid, the Punjab Chief Minister on Friday announced the creation of a new district of Malerkotla, etching the state's only Muslim-majority town from the Sangrur district. The Punjab Government has also included the adjoining areas of Amargarh and Ahmedgarh in the newest district of the state. Malerkotla is 35 km from the Sangrur district headquarter and granting the Muslim-dominated town a district status was a part of the poll manifesto of Congress.

Addressing a state-level event to greet people on Eid, the CM Amarinder also announced a Rs 500-crore medical college, a women's college, a new bus stand and a women police station in Malerkotla, acknowledging it as "a long-pending demand". According to reports, Malerkotla remained largely peaceful during Partition in 1947, which saw communal clashes and large-scale migration of people across the India-Pakistan border. The CM took to Twitter on Friday to announce the formation of the 23rd district in the state.