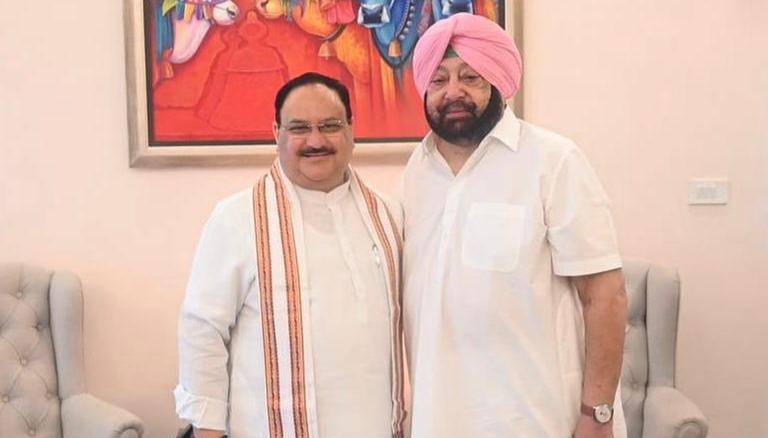 Amarinder Singh, who left the Congress party, is set to merge his newly-formed party with the BJP along with former Congress MLAs and other leaders who had joined the PLC. Singh is also expected to meet Union Home Minister Amit Shah after his meeting with JP Nadda. Following this, the former Punjab CM will merge his party with the BJP in the national capital in the presence of Nadda. Later, other office bearers and district presidents of the PLC will join the saffron party in a separate event in Chandigarh next week.

Notably, in his recent meeting with the Union Home Minister on September 12, Singh reportedly had a productive conversation with Amit Shah on several topics, including national security, the uptick in narco-terrorism in Punjab, and the future direction of the state's holistic development. According to senior Punjab BJP leader Harjit Singh Grewal, Amarinder Singh had conveyed his desire to merge his party with the BJP before leaving for London.

The two-time former chief minister is the scion of the erstwhile Patiala royal family. He quit Congress and was replaced by Charanjit Singh Channi last year. Notably, months after Captain's exit Congress was routed in the Assembly polls in February with Channi losing both the seats he contested.