Amarinder Singh Rebuts Harish Rawat; Says 'Only Pressure I Had Was Of Loyalty To Congress'

The statement of Captain Amarinder Singh comes in reference to Harish Rawat's press briefing held earlier in the day. 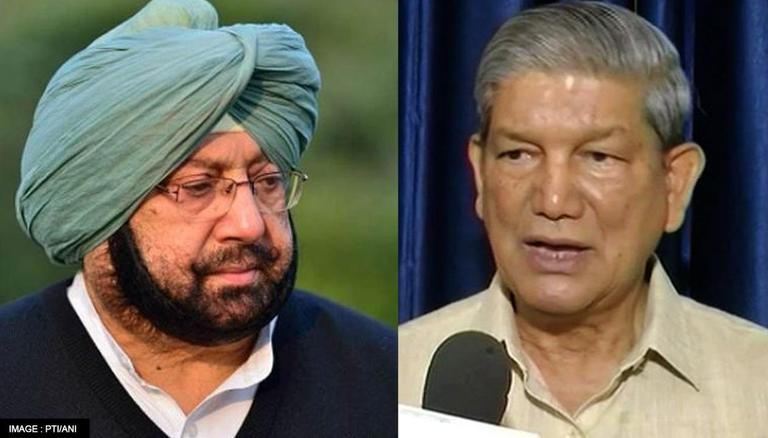 
In a scathing attack aimed at Congress' Harish Rawat, former Chief Minister Amarinder Singh on Friday rejected the Punjab in-charge’s claims and allegations, saying that they were clearly prompted by the 'pathetic situation' the party now found itself in the state after being on a winning spree for four and a half years. The statement of Amarinder Singh comes in reference to Harish Rawat's press briefing held earlier in the day.

Amarinder Singh stepped down from the Chief Ministership of Punjab and is now all set to resign from the Congress party altogether. Sources say that he is likely to float a new party in the state of Punjab in a few weeks, the main aim of which will be the 'security of the state and the nation'. Sources say he is in talks with 'like-minded parties' to have a tacit understanding of these parties ahead of the 2022 assembly polls.

'If this is not humiliation what is?'

“Three weeks before stepping down as CM, I had offered my resignation to Sonia Gandhi, but she had asked me to continue,” said Captain Amarinder, adding that the humiliating manner in which he was pushed into resigning just hours before the CLP meeting, that was clearly convened to oust him, was a matter of public record. “The world saw the humiliation and the insult heaped on me, and yet Rawat is making claims to the contrary,” he remarked, adding that Rawat should put himself in his (Captain Amarinder’s) shoes, and then, perhaps, he would realize how insulting the entire affair was.

The former CM of Punjab recalled that Rawat himself had publicly stated after meeting him that he was satisfied by his government’s track record on the 2017 poll promises. In fact, the Congress in-charge of Punjab had categorically stated, as recently as September 1, that the 2022 elections would be fought under his (Captain Amarinder’s) leadership and the high command had no intention of replacing him, he pointed out. “So how can he now claim that the party leadership was dissatisfied with me, and if they were, then why did he deliberately keep me in the dark all this time?,” he asked. As for the implementation of poll promises, the former Chief Minister said contrary to the lies being touted by Rawat, he had fulfilled nearly 90% of the promises made in the 2017 election manifesto, which was a matter of record and could not be negated with frivolous and baseless statements.

'Pressure of loyalty to Congress'

Replying to Rawat’s remarks that he seemed to be under pressure, Captain Amarinder said that the only pressure he had been under for the past few months was that of his own loyalty to the Congress, because of which he continued to tolerate insult after insult. Captain Singh, outlining that he has worked with stalwarts like Pranab Mukherjee, Moti Lal Vohra, Mohsina Kidwali, Meira Kumar, and Shakeel Ahmed as Congress in-charge for Punjab, said “I never had a single problem with any of them. I fail to understand Rawat’s behaviour and actions."

WE RECOMMEND
Congress openly attacks Amarinder Singh ahead of impending exit; urges him not to back BJP
Amarinder Singh vows to beat Navjot Sidhu in 2022 polls; says 'he's not right for Punjab'
Amarinder Singh urges MEA to take up issue of Sikh man's murder in Pakistan
Akali Dal claims 'Big buzz that Amarinder Singh will be Agriculture Minister in Modi govt'
Captain Amarinder Singh to tender resignation as Punjab CM at 4 PM: Sources