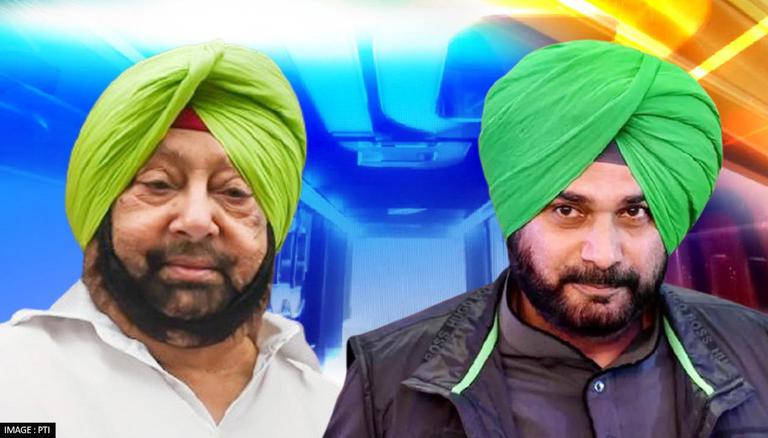 
Speaking to the media on Wednesday, Captain Amarinder Singh came down heavily on Punjab Congress president Navjot Sidhu for demanding the public hanging of sacrilege culprits. Terming this remark as "shameful", the Punjab Lok Congress leader opined, "We are against sacrilege. There is a Constitution and there is a law in the country. We have to follow the law. If we don't follow the Constitution or the law, how will the country move ahead"?

Addressing a gathering on December 19, Sidhu had stated, "Today also conspiracies are afoot to disturb the peace of Punjab. I, Navjot Singh Sidhu, announce that if anywhere Beadbi happens (sacrilege) be it Quran Sharif, Bhagavad Gita or Guru Granth Sahib - they should be brought in front of the people and hanged to death. They should get the biggest punishment of the Constitution because that is intended to outrage religious feelings."

On December 18, a man was seen jumping across the railings inside the sanctum sanctorum of the Golden Temple, caught in time before an alleged sacrilege attempt and beaten to death thereafter. Punjab Deputy CM Sukhjinder Singh Randhawa constituted a Special Investigation Team headed by the Amritsar DCP to probe the possible conspiracy behind this act of sacrilege. A day later, an unidentified person was beaten to death by a mob after being accused of disrespecting the Nishan Sahib- the Sikh religious flag at a Gurudwara located on the Kapurthala-Subhanpur road in Nizampur village of Punjab.

READ | Sidhu hits out at AAP on 'drug partnership' with SAD; shares Kejriwal's letter to Majithia

Moreover, three police personnel including a Station House Officer who tried to save the man were also injured. On the complaint of the Gurudwara's manager Amarjit Singh, a case has been registered under Section 295A which deals with deliberate and malicious acts, intended to outrage religious feelings of any class by insulting its religion or religious beliefs. Throwing light upon this incident, SSP HP Singh who was present on the spot told Republic TV revealed that the mob was invited to the site of the crime via social media citing the sacrilege bid in Amritsar.