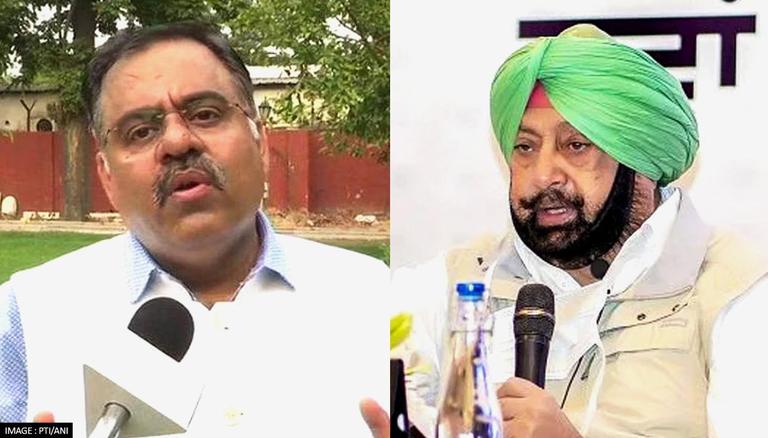 
BJP general secretary Tarun Chugh on Wednesday lauded former Punjab Chief Minister Amarinder Singh for his efforts to resolve farmers' issues in the state. He also said that any intervention from the former CM is welcome to resolve the deadlock with protesting farmers.

In an official statement, the BJP leader has hailed Singh for his efforts to resolve farmers' issues and said that the Centre has been always open to talks with farmers and has welcomed any intervention to resolve the deadlock.

Tarun Chugh also appreciated Singh over his stand on the issue of increasing the Border Security Force's (BSF) jurisdiction. ''Amarinder Singh is a soldier and is taking an appropriate stand on the issue of national security. We understand Punjab Congress chief Navjot Sidhu's sympathy for Pakistan, but it is tragic that he is not sensitive to the national security concerns of a border state."

Amarinder Singh Avers 'Will Fight On All 117 Seats'

Meanwhile, former Punjab CM Captain Amarinder Singh on Wednesday revealed that he will announce the name and election symbol of his party after the approval of the Election Commission. Addressing a press briefing, he claimed that he has fulfilled 92% of the promises in the Congress manifesto during his tenure as the CM and mocked the 18-point programme given to him by the Congress leadership. Moreover, Singh revealed that he will meet Union Home Minister Amit Shah on Thursday along with 25-30 others to discuss the farmers' agitation.

READ | Punjab: Amarinder Singh avers 'will fight on all 117 seats', sends a message to Congress

Taking a dig at Punjab Home Minister Sukhjinder Randhawa for his belittling his concerns about the security situation, the former Punjab CM said, "They mock me regarding my concern regarding the security measures. My basic training is that of a soldier. I have been in the service for 10 years - from my training period to the time I left the Army, so I know the basics. I have been the Home Minister of Punjab for 9 and a half years. I have had all the sensitive issues under me whether it is intelligence or something else. And somebody who has been Home Minister for one month says he knows more than I know."