Sources said that the chartered plane has been booked at a cost of Rs 1.50 crore by the Jharkhand government. The plane will be used in case of any emergency. 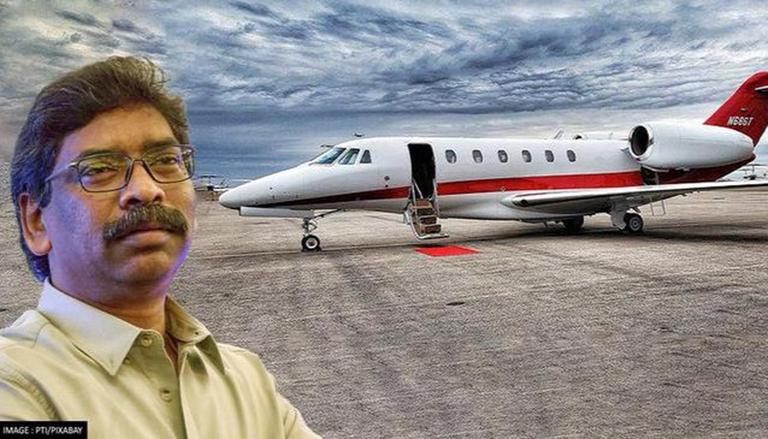 
Amid the political crisis in Jharkhand, the Hemant Soren-led government has booked a chartered plane for the period of one month for VIP movement, sources privy to the development told Republic TV.

Sources said that the chartered plane has been booked at a cost of Rs 1.50 crore. The plane will be used in case of any emergency and has been stationed at Ranchi's Birsa Munda Airport.

This development comes at a time when Governor Ramesh Bais is yet to pronounce his final decision on the Election Commission of India's purported recommendation to disqualify Soren in the office-of-profit case.

At present, 32 of the 51 ruling coalition MLAs have been shifted to Mayfair resort in Raipur to avert poaching attempts by Bharatiya Janata Party (BJP). However, the mystery over the 19 missing MLAs remains.

Shocked over selective leaks on CM's disqualification as MLA: UPA delegation to Guv

A delegation of the United Progressive Alliance (UPA) on Thursday told Jharkhand Governor Bais that they were shocked over "selective leaks" on CM Hemant Soren's disqualification as a legislator. The UPA said that such leaks created chaos, confusion and uncertainty.

The UPA delegation also asked the Jharkhand Governor to clear the confusion over the Election Commission's ruling on the matter.

After a petition by the BJP seeking Soren's disqualification as an MLA in an office of profit case, the ECI sent its decision to the Governor on August 25.

While the poll body's decision has not been made public, there was a buzz that EC has recommended Soren's disqualification from the state Assembly. The Raj Bhawan's final decision on the matter is awaited.

READ | Amid political turmoil in Jharkhand, what are the legal battles for CM Hemant Soren?

In the 81-member Jharkhand Assembly, the ruling coalition has an absolute majority with the support of 51 legislators including 30 from Jharkhand Mukti Morcha, 18 from Congress, and one each from RJD, NCP and CPI(M-L) respectively. Similarly, BJP has 26 MLAs and the support of AJSU (2 seats) and two independent legislators.