As scheduled earlier, Union (HM) Amit Shah marked his touchdown at Hubballi Airport in Karnataka on Thursday. From there he headed to the district of Davangere 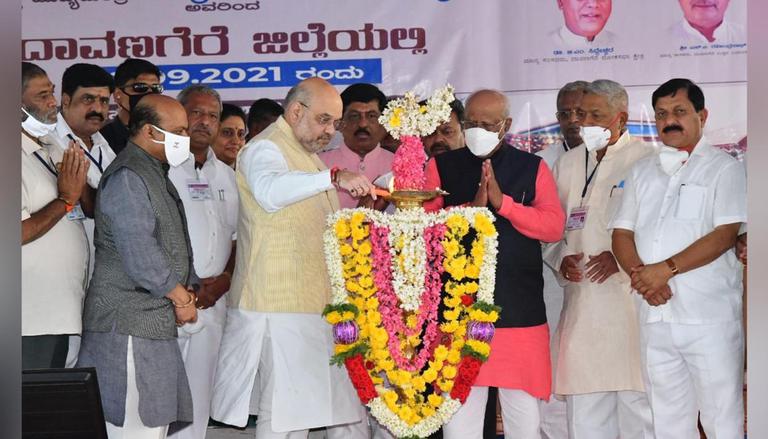 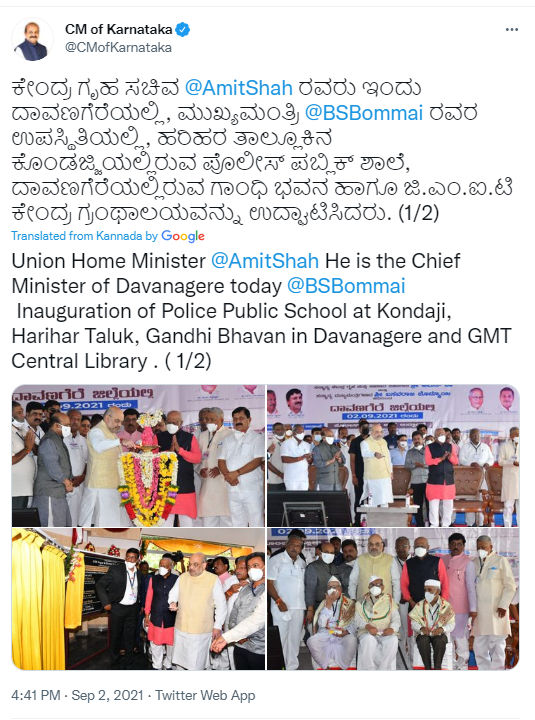 HM Shah arrived at the GMIT campus at 2:40 pm to inaugurate the Gandhi Bhavan and the police public school virtually. Amit Shah while speaking at the welcome ceremony said, "Today, I came here to inaugurate three projects GM Central Library, Gandhi Bhavan & Police Public School & hostel building." While speaking on the expenditure emphasised that more than Rs. 50 crores have been spent on these 3 different projects. The Union HM expressed that he was happy to be present in Davanagere.

Amit Shah to attend the wedding of Prahlad Joshi's daughter