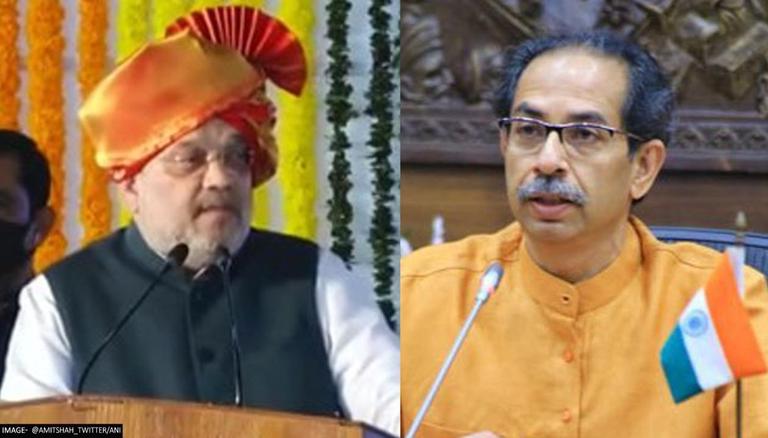 
Addressing 'Sahakar Parishad and Krishi Sammelan' organised at Maharashtra's Ahmednagar, Union Home Minister Amit Shah on Saturday targeted Chief Minister Uddhav Thackeray led Maha Vikas Aghadi government over decreasing number of district cooperative banks in the state while raising questions over the scams. He said that the MVA government should think beyond politics and support the ministry of cooperation.

"We need to free the cooperative movement of shortcomings. There was a time when district cooperative banks of Maharashtra were looked up to, but today there are only three left. How did scams involving crores of money happen? Did RBI do it? No RBI didn't do it," he said.

The Union Minister said that he has not come to name political remarks but to tell workers of the Cooperative movement that the Central government is with them. "But simultaneously we need to increase efficiency, bring in professional students and give them a command," he said.

Amit Shah, who is also the Union Minister of Cooperation, said that he is happy that Prava Sugal Mills is still operating on a cooperative basis when all the other sugar mills are being privatised.

Amit Shah is on a two-day visit to visit Maharashtra. Earlier in the day, he worshipped at the Shirdi temple. On December 19, Shah will visit Pune and offer prayers at Shrimant Dagdusheth Ganpati temple. He will later inaugurate a new building of the Central Forensic Science Laboratory (CFSL) campus. The Union Minister will also attend a convocation ceremony of Vaikunth Mehta National Institute of Cooperative Management's Pune campus. Later in the day, the minister will address BJP Pune city workers.