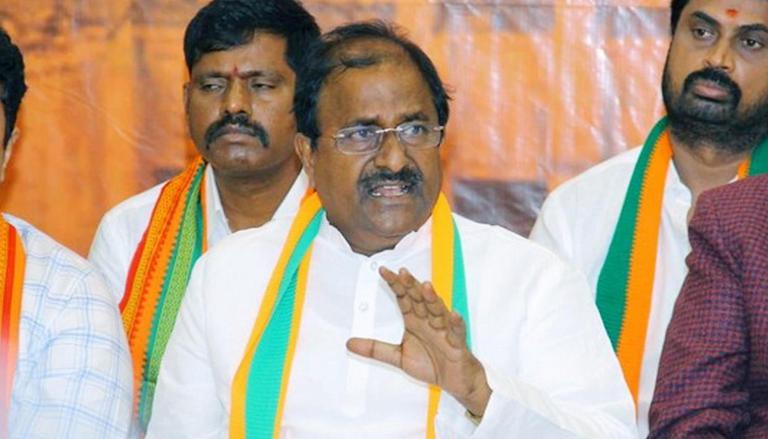 
Bharatiya Janata Party (BJP) Andhra Pradesh unit president Somu Veerraju on Saturday said the party respected all religions equally and claimed that it was against CM Jagan Mohan Reddy-led YSRCP government's policy to built churches in the state with public money and not Christians.

Veerraju suggested, "If the government wants to construct churches, that should not be done with money from public exchequer, but from donations of Christians and their churches only."

Last month, BJP leader Lanka Dinakar alleged that the Andhra government is indulging in appeasement politics by using taxpayers money to build churches in the state to gain minority votes.

Speaking to ANI, Dinakar said, "We are against the attitude of the YS Jagan Mohan Reddy led Yuvajana Sramika Rythu Congress Party (YSRCP) government in Andhra Pradesh pertaining to the appeasement of a certain section of minorities unconstitutionally since Reddy became the Chief Minister of the state."

"Funds of taxpayer's are being used for religious appeasement of minorities for their vote bank politics. We never accept such kind of appeasement politics," he added.

Dinakar alleged that there has been massive conversions, grant in aid to built churches from the state government's exchequer.

"Recently, Rs 12 lakhs administrative sanction was released for the construction of Church at K Appaya Palle of Kadapa district which is the native district of the Chief Minister. Salaries have been given to Pastors and Maulanas (Muslim heads) are being sourced from the government. Funds have been provided for religious pilgrimage to Jerusalem by the government from taxpayer's money. We have clearly observed that Hindu temples are appearing as the revenue generation sources for the state government," he said.