Buggana Rajendranath also compared the present Andhra Pradesh government with the previous government and said that they worsened the financial condition. 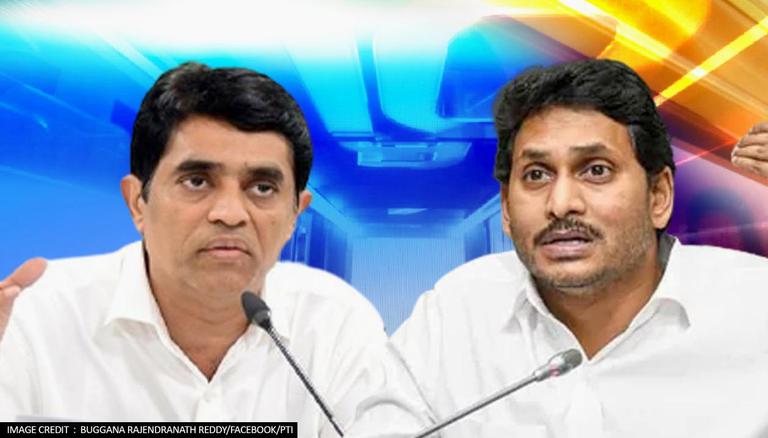 
In a direct response to the Telugu Desam Party's (TDP) allegations on the Andhra Pradesh government, State Finance Minister Buggana Rajendranath said that the State government did great work during the COVID-19 situation, despite a revenue fall. He also attacked the previous government for worsening the financial condition of the state.

Andhra Pradesh Finance Minister Buggana Rajendranath provided detailed statistics on the financial condition of the state followed by the initiatives taken by the government in the COVID-19 situation. He said that the Compound Annual Growth Rate (CAGR) between 2014 and 2019 was 10.03 per cent, and now in this situation, the growth rate is just at 1.30 per cent resulting in a loss of Rs 7,947.07 crores.

He further said that even with such a low growth rate, the State government had provided every possible facility to the people during the pandemic, including proper treatment, medical infrastructure, testing, vaccinations, and many more. The government had spent Rs 7,130.19 crores for COVID-19 relief, he added.

Further, taking a dig at the former Andhra Pradesh government which was led by Chandrababu Naidu, Rajendranath said that the TDP government weakened the financial condition of the state by taking a huge amount of loans. The total debt during the time of bifurcation in 2014 was Rs 1,18,544.34 crore, however, now it has increased to Rs 2,57,509,85 crore. Also, the TDP government had left a debt of around 1 crore rupees.

Meanwhile, providing details on the total borrowings of the current government, he said that out of Rs 1,27,195.81 crore, around Rs 1,051,22.22 crore has been credited to the farmers and women as financial support.

Finance Minister Rajendranath compares the previous government with the current