A rebel YSRCP MP Raghu Ramakrishna Raju has been taken to the CID office in Guntur in Andhra Pradesh on Friday, May 14, following his detention. 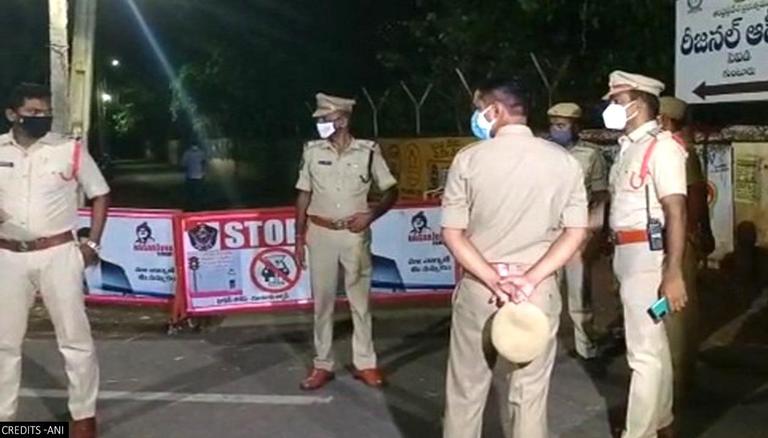 
Lok Sabha MP and rebel YSRCP leader, Raghu Ramakrishna Raju, was taken to the Crime Investigation Department (CID) office in Guntur district late on Friday, May 14, evening. On Friday, the CID arrested Raju in Hyderabad and filed a non-bailable case against him. He was arrested in a case lodged under specific parts of the Indian Penal Code (IPC) on charges of acting in a manner that harmed the state government's reputation.

The CID informed, "In preliminary enquiry, it was found that through his speeches, he was indulging in systematic, schematic effort to cause tensions among communities and by attacking various government dignitaries in a way that will cause loss of faith in government which they represent."

In the area surrounding the CID office in Guntur, there was a lot of surveillance. Additional Director General PV Sunil Kumar is said to have interrogated the Member of Parliament from the Narsarapuram Lok Sabha constituency. He has been given medical assistance and will most likely be taken to the Government General Hospital in Guntur for medical tests on Saturday morning.

Raju's lawyer has requested bail in the Andhra Pradesh High Court via a house motion petition. The petition will be heard on Saturday, May 15, at 12 pm.

According to reports, a case has been filed against the MP under Section 124-A (sedition) of the Indian Penal Code (IPC) for allegedly making derogatory remarks about the Jagan Mohan Reddy government, causing damage to its prestige and inciting hatred among the people. The MP has also been charged under Sections 153 (b) (making remarks that cause communal disharmony or undermine national integration) and Section 505 (making statements that cause public mischief). K Bharat, Raju's son, said that the CID team forcefully took away his father without providing any explanation, said the report.

(with Inputs from ANI)