The letter written by Andhra Pradesh CM to chief ministers is objectionable and can lead to state versus union tussle, claimed BJP leader Lanka Dinakar 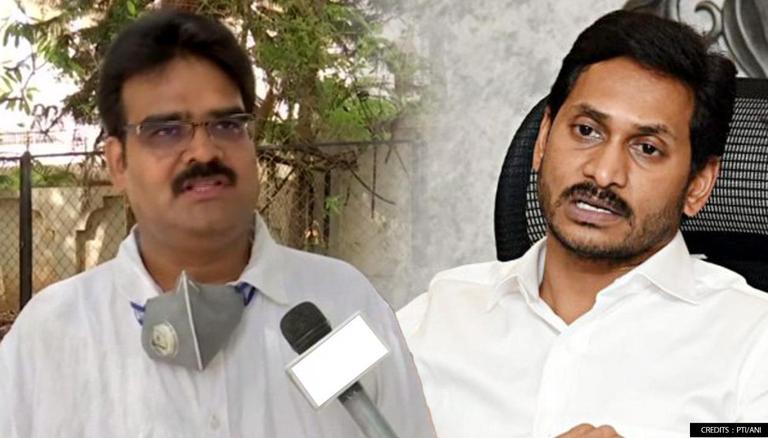 
Bharatiya Janata Party (BJP) leader Lanka Dinakar has slammed Andhra Pradesh Chief Minister YS Jaganmohan Reddy over his letter to chief ministers on COVID-19 immunization, saying it has "contradictions". He noted, "The letter written by Andhra Pradesh CM to chief ministers is objectionable and can lead to state versus Union tussle in the COVID-19 vaccination programme."

According to Dinakar, vaccination drives for adults aged 18 to 44 are underway in various states, with state governments and private hospitals obtaining vaccines directly from vaccine manufacturers, as directed by the central government.
He accused Reddy of attempting to hide his administration's failings.

He said, "Those states that are taking the precautionary measures and are paying the companies in advance to buy the vaccine are having a slightly higher percentage in vaccination drive."

Dinakar claimed Reddy is attempting to "widen the distance between the states and the central government" by urging other CMs to speak with one voice rather than coordinate with the national government in the sensitive scenario.  He went on to say that Reddy's letter is riddled with contradictions.

Dinakar claimed that the Chief Minister had forgotten to pay for immunizations that were required for those aged 18 to 44.  He stated that the Center is aiming to ensure that everyone is vaccinated by December this year.

Andhra Pradesh added 10,413 new Coronavirus cases in the 24 hours leading up to 9 a.m. on Friday, maintaining a steady rate of decline. Simultaneously, the infection recovery rate increased, with 15,469 more patients being cured in a single day. According to the most recent bulletin, 83 individuals in the state died of COVID-19 in 24 hours. The COVID-19 chart for the state presently shows 17,38,990 total positives, 15,93,921 recoveries, and 11,296 fatalities. According to the bulletin, the number of active cases has dropped to 1,33,773.