As Prime Minister Narendra Modi is set to take his oath, in a massive development newly elected Chief Minister Jagan Mohan Reddy and Telangana Chief Minister K Chandrashekhar Rao will not attend the Prime Minister's swearing-in. Reddy who took the oath at 12:23 PM on Thursday in Vijayawada, Andhra Pradesh was scheduled to leave for New Delhi along with KCR in his chartered flight.

However, Jagan Mohan Reddy and KCR cancelled their visit to Delhi after denial of permission to land their chartered flight. Jagan spoke to PM Modi over the phone. No special flights are being allowed to land in Delhi due to security reasons as per the orders by DGCA due to security concerns. Telangana CM KCR who was also present at the swearing-in of Reddy was also scheduled to travel with him. Both the leaders had earlier confirmed their presence for the occasion.

Here is the notice by the DGCA: 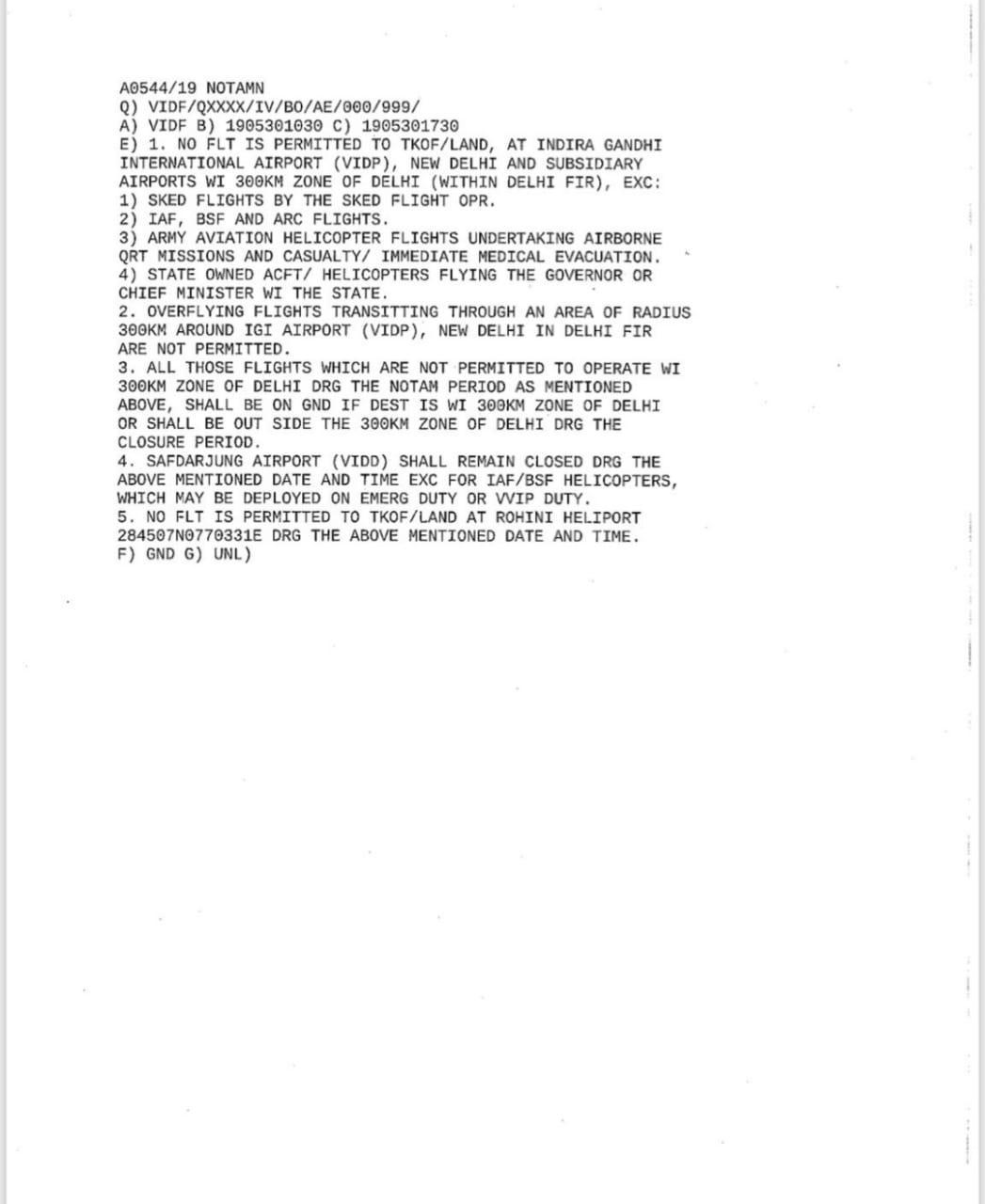 In the swearing-in of the Andhra CM, KCR said that Reddy is a young leader, he has a big responsibility, only with mutual understanding between the two Telugu states, the people can be developed. He added that Jagan should continue as the chief minister for 3-4 terms. Jagan Mohan Reddy also hosted lunch for MK Stalin (who was also present for his swearing-in) and KCR in Vijayawada.

Meanwhile, the Prime Minister extended his best wishes to the Andhra Pradesh CM.

Congratulations to @ysjagan on taking oath as Andhra Pradesh’s Chief Minister. I assure full cooperation from the Centre. We will work together to take Andhra Pradesh to new heights.

Had an excellent meeting with Andhra Pradesh’s CM designate @ysjagan. We had a fruitful interaction on several issues pertaining to AP’s development. Assured him all possible support from the Centre during his term. pic.twitter.com/u7bwPGI4t6