TMC senior leaders on Monday questioned Singh's worth in the organization. TMC MP Saugata Roy said Singh's entry would not bring with it any significant gain. 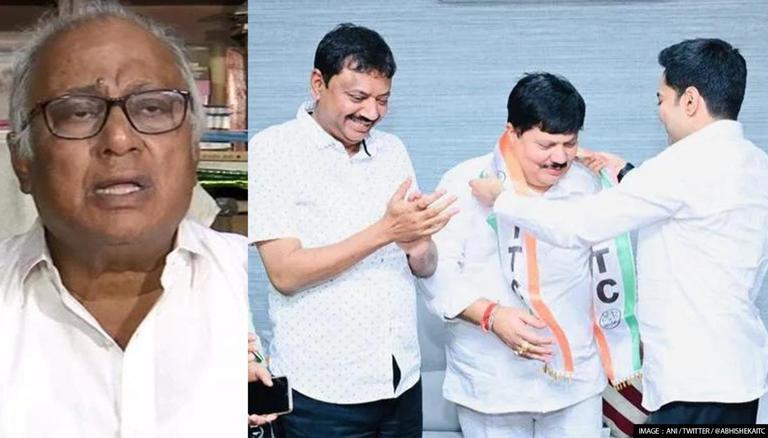 
In a major setback to the Bharatiya Janata Party (BJP), Barrackpore Lok Sabha MP Arjun Singh on Sunday, May 22, did a 'Ghar Vapasi' and returned to the Trinamool Congress (TMC). He joined the West Bengal CM Mamata Banerjee-led party after holding a meeting with party MP Abhishek Banerjee at his office in Camac Street, Kolkata.

However, the ‘homecoming’ of the BJP MP Arjun Singh to the TMC has led to a tepid response with senior leaders doubting his worth in the organization on Monday.

Senior TMC leader  Saugata Roy claimed Arjun Singh's entry to TMC for the second time would not bring with it any significant gain for the party.

TMC MP Saugata Roy said, “The party has made a decision. I have nothing to say. But I don’t feel his induction would be of great profit or loss. We already have six assembly seats in Barrackpore. With Singh joining the camp, we will have all seven seats. I don’t think that is what you call a big gain. People support the TMC; if anybody joins the party, it is always a welcome move.”

TMC's North 24 Parganas district president Partha Bhowmick, who had been at odds with Arjun Singh over several issues, said he had no qualms about Singh's homecoming.

"He only joined the party after receiving approval from the senior leadership. So I have nothing to say about it," Partha Bhowmick explained.

Another senior leader of the TMC, who wished to keep his identity anonymous, felt that the re-induction of leaders like Arjun Singh could send out a “wrong message”

“Arjun Singh and his followers had unleashed a reign of terror in the Barrackpore area. Arjun Singh is an opportunist who deserted the party during the crisis. Now he is back as the BJP failed to seize power in Bengal,” the TMC leader said.

A meeting of senior party leaders from the North 24 Parganas district was held in the Titagarh area on Monday evening, which was also attended by Arjun Singh. The closed-door meet continued till late in the evening.

“Arjun Singh met party leaders. For the time being, he has not been given any responsibility. The party top brass will decide on his role later. Our national general secretary Abhishek Banerjee will hold a meeting with party workers on May 30,” senior TMC leader and state minister Jyotipriyo Mullick said.

BJP has shortcomings in states like West Bengal and Kerala: Arjun Singh

Before joining TMC, Arjun Singh had said that there were some 'shortcomings' in the BJP when it comes to states like West Bengal and Kerala. Earlier, he had also claimed that he was not allowed to work with a free hand. He said that leaders steering the state unit were making it difficult for grassroots workers to carry out day-to-day activities in the state.

Arjun Singh was quoted as saying by PTI, "Let's be clear. By posting tweets on social media, we cannot dislodge the TMC from power in West Bengal. Those having no connection with the ground reality are calling the shots while proven fighters having a mass base are being ignored. How can the BJP achieve its objective then?