As per sources, BJP wants a complete revamp of the Gujarat government and state's leadership before the crucial assembly polls next year. 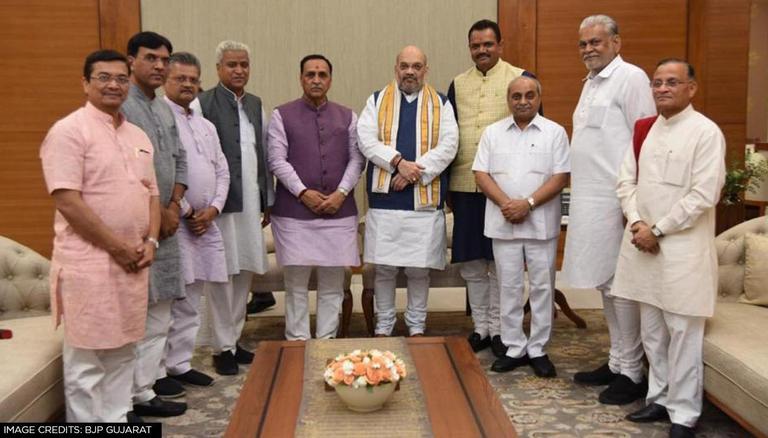 
As per Republic Media Network sources, BJP wants a complete revamp of the Gujarat government and state's leadership before the crucial assembly polls next year. BJP MLAs have been given strict instructions to be present for a meeting to elect Vijay Rupani's successor. The meeting will be attended by state BJP chief CR Patil and Rupani. The new CM will be announced on Sunday, sources informed.

As per reports, Union Health Minister Mansukh Mandaviya is the front runner for the top position. Other names that are also being considered are deputy CM Nitin Patel, Union Fisheries Minister Parshottam Rupala and state's Agriculture Minister RC Faldu. The next Chief Minister is likely to be a Patidar community face, sources have informed Republic.

READ | As Vijay Rupani resigns, next Gujarat CM likely to be from the Patidar community

READ | Vijay Rupani resigns as Gujarat Chief Minister; says BJP will decide who will be next CM

Rupani met Gujarat Governor Acharya Devvrat at his residence and tendered his resignation on Saturday in presence of Union Ministers Mansukh Mandaviya, Parshottam Rupala and other party leaders.

In a press conference, Rupani thanked Bharatiya Janata Party for giving him the opportunity. He also confirmed that Prime Minister Narendra Modi will be the central face of the saffron party in the assembly elections in the state next year. "I'm just a worker of the organisation," Rupani, without giving details about his successor.

Rupani, who has completed five years in the post, said that he is ready to take whatever responsibility the party gives him. "I express my gratitude to the Prime Minister for the opportunity I got in the development journey of Gujarat," he said.

Rupani, who is representing Rajkot West in the state assembly, took the chief ministerial post on August 7, 2016. He succeeded Anadiben Patel, who is now the Governor of Uttar Pradesh.