As the battle for the 403-seat UP assembly heats up, Samajwadi party chief Akhilesh Yadav announced on Monday, that he will not contest state polls, reports PTI 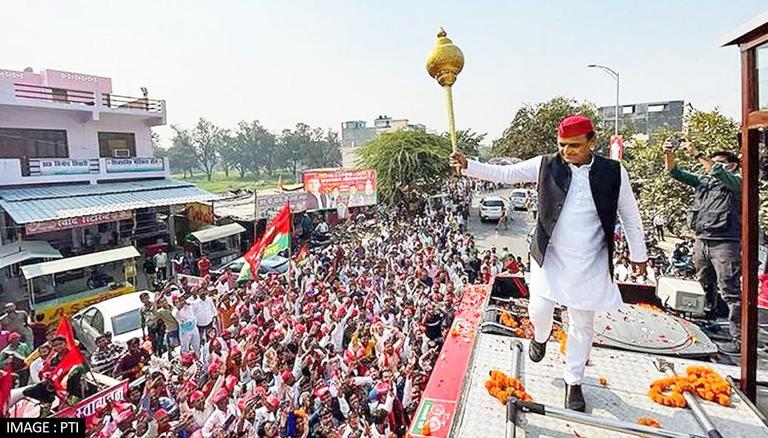 
As the battle for the 403-seat UP assembly heats up, Samajwadi party chief Akhilesh Yadav announced on Monday, that he will not contest state polls. Yadav, who is also SP MP from Azamgarh and the chief minister face of his party, said he will "not be contesting the assembly polls", in an interview to PTI.  The 403-seat UP assembly where Yogi Adityanath rules with an iron-clad majority of 314 seats, is up for grabs in February 2022.

Akhilesh will not contest UP polls

Moreover, Akhilesh Yadav has also finalised an alliance with Jayant Chaudhary-led RLD, apart from Om Prakash Rajbhar-led SBSP, Mahan Dal. He has also said that he is open to allying with estranged uncle Shivpal Singh Yadav's Pragatisheel Samajwadi Party Lohia (PSPL) and Sharad Pawar's NCP. Seat-sharing for all these tie-ups is yet to be finalised.

In contrast, Akhilesh Yadav's main competition - incumbent CM Yogi Adityanath who is currently nominated to the Legislative Council, will contest the polls from any seat from his home district Gorakhpur, as per sources. Similarly, other MLCs like Dy CM Keshav Prasad Maurya will contest from Sirathu seat of Kaushambi, Dinesh Sharma from Lucknow and Dr. Mahendra Singh from Kunda seat of Pratapgarh, report sources. UP's past three CMs - Mayawati (2007), Akhilesh Yadav (2012) and Yogi Adityanath (2017) have not contested Assembly elections, opting to be nominate to Legislative Council instead.

Similarly, Priyanka Gandhi Vadra - UP Congress' campaign face - is mulling to contest state polls from Rae Bareli or Amethi, both once known to be age-old bastions of the party. While party cadres have urged Vadra to contest, she remained ambigous. "That decision I have not taken yet (on whether to contest from Raebareli or Amethi.) As things develop, I will take the decision," she tol ANI recently.