Rajasthan Congress on Saturday unanimously passed an informal resolution to appoint Rahul Gandhi as party chief, with the motion being initiated by Ashok Gehlot 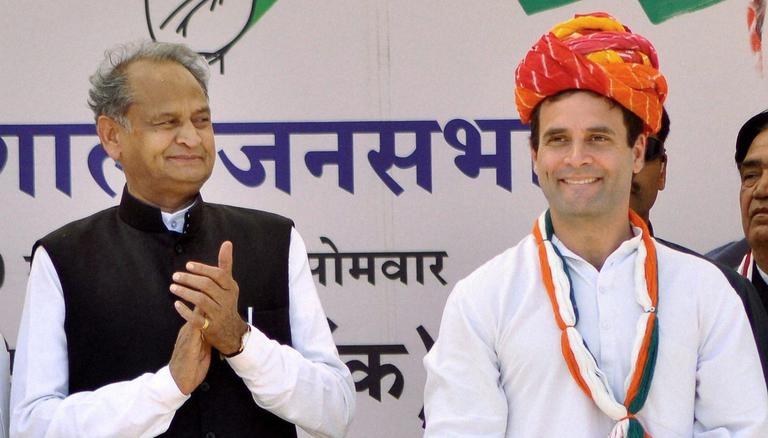 
Rajasthan Chief Minister Ashok Gehlot, who was considered the top contender for the post of Congress president, has put all speculations to rest, by proposing Rahul Gandhi's name for the post.

The Rajasthan Congress on Saturday unanimously passed an informal resolution to appoint Rahul Gandhi as party chief. The resolution was moved by Ashok Gehlot at a meeting of the delegates selected for voting in the national president's election.

The CM asked the delegates to raise their hands in favor of Rahul Gandhi and all the leaders supported his proposal. In the meeting, the delegates also passed a resolution to authorize the national party president to appoint state presidents and to make other appointments.

READ | Have made my decision, will reply when poll is held: Rahul Gandhi on being Congress chief again

“A resolution to make Rahul Gandhi party’s national president was passed after the Chief Minister's proposal. Everyone supported it by raising their hands,” said Rajasthan Food and Civil Supplies Minister Pratap Singh Khachariyawas. He added that the ”right to appoint state Congress president and AICC members was also left to the party high command”. A resolution was also passed in this regard.

The resolution by the state unit comes ahead of the filing of nominations for the election of the Congress president. Nominations to the top post can be filed between September 24 and September 30. Notably, state units had passed a similar resolution when Rahul Gandhi was made Congress president in 2017. He resigned after the party’s debacle in the 2019 Lok Sabha polls.

Gehlot unwilling to give up CM seat?

The Congress national presidential election will be held on October 17 this year. Ever since the announcement of the election dates, there has been speculation that veteran leader Gehlot, who has extensive experience working in the organisation, may be elevated to the top post.

Moreover in recent months, the supporters of former deputy CM Sachin Pilot — whose tussle with Gehlot had resulted in the 2020 political crisis in Rajasthan — have openly called for Pilot to be made chief minister.

Gehlot has however shown reluctance toward contesting for Congress chief as he may have to give up the CM seat in the event of a victory.