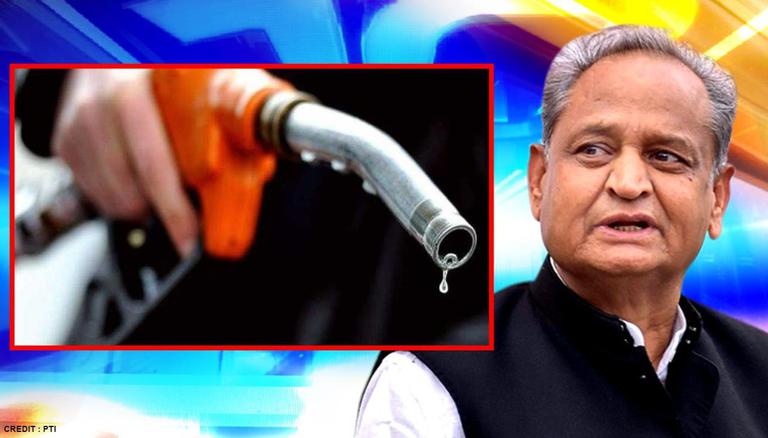 
Rajasthan Chief Minister Ashok Gehlot on Sunday lashed out at the Central government over the frequent rise in fuel prices and said the common people have been badly affected by it. Noting that the price of petrol has crossed ₹100 per litre in several states, Gehlot said the inflation is causing great inconvenience to people, who are already grappling with the pandemic.

"On the one hand, the common man is disturbed due to COVID-19 and declining income and on the other hand, the Modi government is causing inconvenience through high inflation," the chief minister said.

The senior Congress leader claimed one-third of the Centre’s income comes from taxes on petrol and diesel. "When the central government was supposed to give relief by reducing tax on petrol-diesel, it imposed a new tax on fuel in the budget this year. This has increased transportation charges due to which inflation is increasing," he said.

Fuel prices have marked a record high in various cities owing to the surge in international oil rates and exorbitant domestic tax structures. For the first time, petrol prices in Mumbai were at Rs 100.19 on Saturday, while the diesel was being sold at Rs 92.17. This marks an increase of 26 paise for petrol and 28 paise for diesel since the last increase, which was around three days back. This is the highest rate of fuel in any metro city.

Currently, several cities in Rajasthan, Maharashtra, and Madhya Pradesh, are paying more than Rs 100 for one litre of petrol, these cities include Ratnagiri, Parbhani, Aurangabad, Indore, Bhopal, Gwalior, Jaisalmer, Ganganagar, and Banswara.

Finance minister Nirmala Sitharaman had earlier said that fuel prices should be discussed by both States and the Centre because it's not just the Centre that has duties on petroleum price, states are also charging. While the center draws revenue, 41% of it goes to the State.

International oil prices over the last months have seen upward and downward movements, while the rates of fuels in India have only moved in an upward direction. In June 2010, the government deregulated the pricing of petrol, while diesel was deregulated on October 19, 2014. Following this, state-run retailers were free to change pump prices every day.