Coming down heavily on the Opposition over the ruckus in the Parliament, Assam CM Himanta Biswa Sarma termed their behaviour "utterly disgraceful" 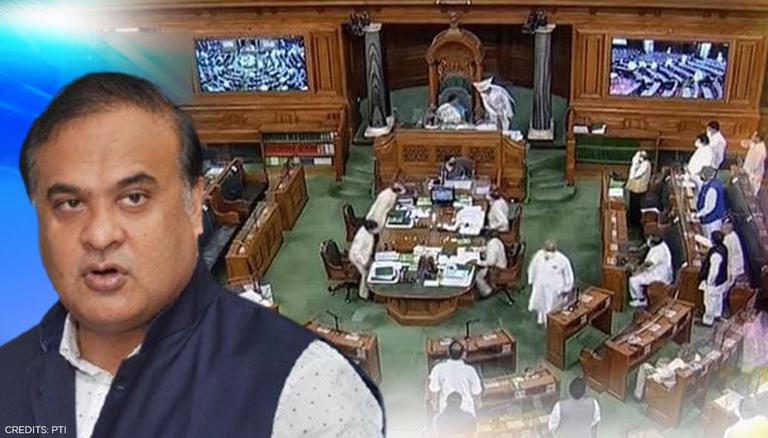 The Assam CM's condemnation comes after the first day of the Parliament's Monsoon session was marked by sloganeering and ruckus from Opposition parties while PM Modi was introducing the newly-inducted Council of Ministers to the Parliament.

It was utterly disgraceful for the Opposition to prevent Adarniya PM Shri @narendramodi ji from introducing new Council of Ministers in the Parliament, many of whom are women, Dalits & STs.

This shameful obstruction to the dignified occasion is an insult to our democracy.

Earlier on Monday, the proceedings in the Upper House were adjourned for an hour as a mark of respect to departed sitting MPs Raghunath Mohapatra and Rajeev Satav. No sooner did the House reassemble around 12.25 pm, members of the Opposition started raising slogans as Chairman Venkaiah Naidu was making his opening remarks about the expectations from the current session amid the COVID pandemic.

Amidst the sloganeering, the chairman asked PM Modi to introduce the newly-inducted ministers to the House. However, the protesting members kept raising slogans as a result of which the introduction of the ministers could not be cimpleted. Several Opposition leaders entered the well of the Upper House, adding to the chaos.

The Opposition parties had issued 17 notices to Chairman Venkaiah Naidu to discuss issues which he declined saying that it was not feasible to take 17 issues in one go and assured the members that all the important matters would be taken up in due course of time. However, the assurance did not pacify the Opposition leaders, thereby forcing Vice President Naidu to adjourn the House till 2 pm.

PM Modi on Sunday chaired an all-party meet and assured that the Government will hold discussions on any subject if raised according to parliamentary rules and procedures. More than 40 leaders from 33 different parties attended the Sunday meeting. The prominent leaders who attended the meeting with PM Modi were Defence Minister Rajnath Singh, Commerce and Industries Minister Piyush Goyal, Congress leader in Lok Sabha Adhir Ranjan Chowdhury, TMC MP Derek O’Brien, and DMK’s Tiruchi Siva. Despite the assurance, the Opposition resorted to sloganeering to disturb the Prime Minister while he introduced the Council of Ministers.

Condemning the Opposition for the ruckus, Union Minister and Leader of the House in Rajya Sabha Piyush Goyal said the behaviour of the leaders was an insult to democracy and the people of India. PM Modi, while addressing the media had urged the Opposition parties to ask the most difficult questions in the Houses but also allow the Government to respond to them in a disciplined environment.

"It is unfortunate that introduction of OBCs, Dalits, SCs-STs, representatives of northeastern states, women as Ministers was interrupted. A democratic process was halted by Opposition MPs. It is an insult to the democracy and people of India. We condemn this," Piyush Goyal added while condemning the Opposition for the ruckus created in Rajya Sabha.