The Assam Government has decided to bear the cost of electricity and chemicals for water treatment for Jal Jeevan mission beneficiaries for the next five years. 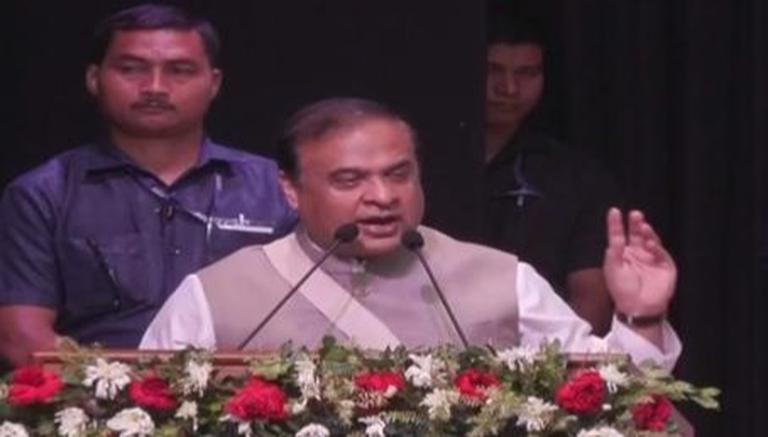 The Chief Minister said that the government's priority is to empower long-neglected tea garden workers. "Till now, a garden owner is the sole beneficiary of compensation for land acquisition from tea gardens. We have decided to provide a part of the compensation also to the workers of the affected garden," he said.

Sarma also revealed that the BJP government wants to make Assam self-reliant in the power sector. From the current production of 500 MW, the energy generation will be increased to 2000 MW in the next four years, he averred.

"We will primarily emphasise green energy. Investment of Rs one lakh crore in industrialisation is in different stages of implementation," he added.

The CM also stated that eligible students from Class 9 to Class 12 will get their caste certificates in the school itself under Mission Bhumiputra.

"From August, District Collector's office will collect applications from schools and deliver the certificates in November. There is also provision for online application," he said.

The Assam Government has also decided to bear the cost of electricity and chemicals for water treatment for the Jal Jeevan mission beneficiaries for the next five years.

"We will also induct 26,000 youth as 'Jal Mitras' to help provide potable drinking water to each rural household," Sarma said.

The Assam Chief Minister also informed that his government has been successful in initiating the process of state procurement of paddy. "We have infused Rs 800 crore into the rural economy in the past year. In the next four years, we aim to procure 24 lakh MT of rice that will enable us to strengthen the agricultural economy by Rs 5,000 crore," CM Himanta Sarma said.

Himanta Sarma also announced that those who come back from the 'Agniveer' programme after four years will be prioritised in the Assam Arogya Nidhi initiative.

Moreover, Sarma said that the country has witnessed some anti-social elements that are making it weak. He, however, stated that the Modi government's motto is 'Sabhka Satha, Sabka Vikas'.