Taking to Twitter, Borah urged the CM to 'concentrate on his own job' at a time when citizens needed the Assam Government's help. 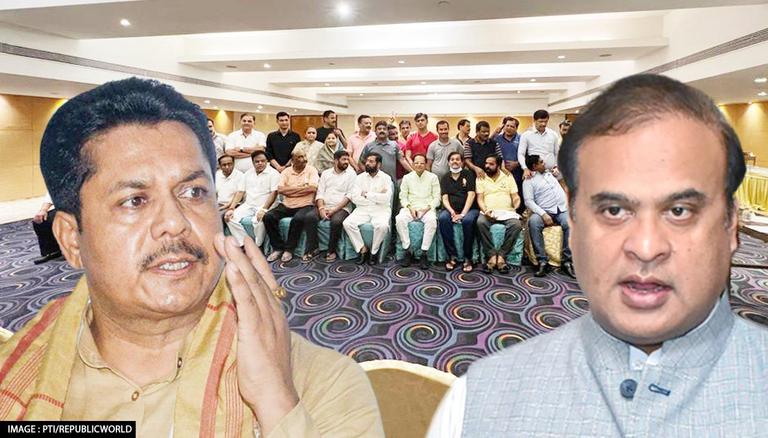 
With rebel Maharashtra MLAs flocking to Guwahati, Assam Pradesh Congress Committee President Bhupen Kumar Borah hit out at Chief Minister Himanta Biswa Sarma accusing him of 'politicking' amid the flood crisis in the state. Taking to Twitter, Borah urged the CM to 'concentrate on his own job' at a time when citizens needed the Assam Government's help.

CM Assam @himantabiswa should concentrate on his own job and provide adequate relief and rehabilitation and help the flood affected people of Assam. He can do his politicking in happier times not now when people are crying for @mygovassam help.

With each passing moment, the MVA government's numbers seem to be slipping below the majority mark. Post the MLC elections, an exodus has been triggered in the Uddhav Thackeray-led Shiv Sena with rebel senior politician and Minister Eknath Shinde leading the faction. Sources have revealed that the Shiv Sainik, a staunch follower of late patriarch Balasaheb Thackeray, is upset over the party's coalition with ideologically different Nationalist Congress Party (NCP) and Congress. The leader has sought for Shiv Sena to return back to its 'natural ally' BJP, and 'not compromise on Hindutva'.

After bringing his flock to Surat, Eknath Shinde with at least 38-40 MLAs has reached Guwahati's Raddison Blu hotel in Assam. Speaking at the Surat airport before departing for Guwahati, the Maharashtra Minister remarked, "We are Balasaheb's Shiv Sainiks. We have not left Shiv Sena and we will not leave Shiv Sena. But we are going to do the politics based on Balasaheb's ideology."

As per the latest inputs, two more Shiv Sena MLAs- Sanjay Rathod and Yogesh Kadam are on their way to Guwahati to support Eknath Shinde. If this happens, the rebels' strength will swell to 42.

Back in Mumbai, NCP supremo Sharad Pawar will meet all party MLAs today, who have been asked to stay put in Mumbai. Shiv Sena has lodged its dwindling 12 MLAs at St Regis in the city. On the other hand, Congress has flown in former MP CM and senior leader Kamal Nath to reign in the crisis. As per the anti-defection law, at least 37 Shiv Sena MLAs need to rebel in order to avoid the possibility of disqualification.