As its alliance with AIUDF falls in Assam, Congress state unit chief Bhupen Kumar Borah arrived in Delhi on Thursday to meet with Congress' Assam in-charge 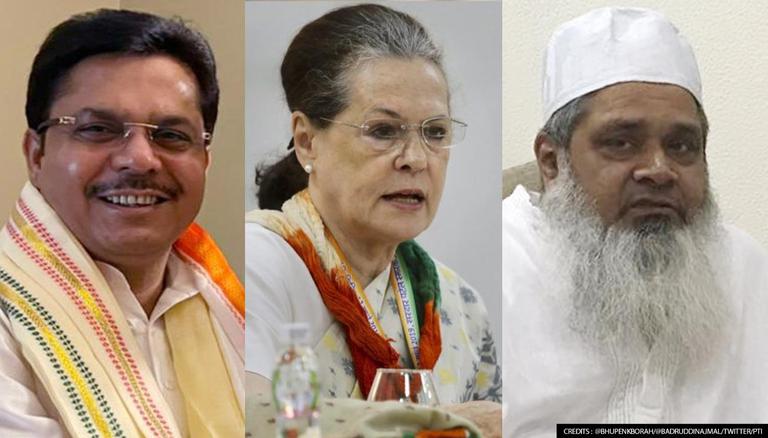 On Monday, Assam Congress announced its decision to cut ties with the Bodoland Peoples Front (BPF) and Badruddin Ajmal-led All India United Democratic Front (AIUDF). Congress said that it was unhappy with the AIUDF's relationship with BJP. Congress claimed that the AIUDF's "behaviour and attitude in relation with the BJP has baffled the members of the Congress," adding, "The continuous and mysterious praise of the BJP and the chief minister by AIUDF leadership and senior members have affected the public perception of Congress". Senior Congress leaders like Anand Sharma, Manish Tewari had warned the state unit against allying with AIUDF due to its hard-line stance on multiple issues. Recently, Congress' prominent youth face in Assam - Sushmita Dev switched to TMC apparently miffed at the party's alliance with AIUDF.

But to no avail, as the Congress was wiped out by the BJP led by Congress-turned-BJP minister Himanta Biswa Sarma. The NEDA convenor led the BJP to victory, wooing women voters by promising to waive off small loans and not mentioning any implementation of CAA - which had been the main poll plank of the Congress. BJP won 60 seats while its alliance partners AGP got nine seats and UPPL got 6 seats, while Congress failed miserably, winning 29 seats while its Mahajot alliance partners won - AIUDF (16), BPF (4) and CPM (1). Sarma was rewarded as the BJP chose him as their CM, replacing Sarbananda Sonowal.