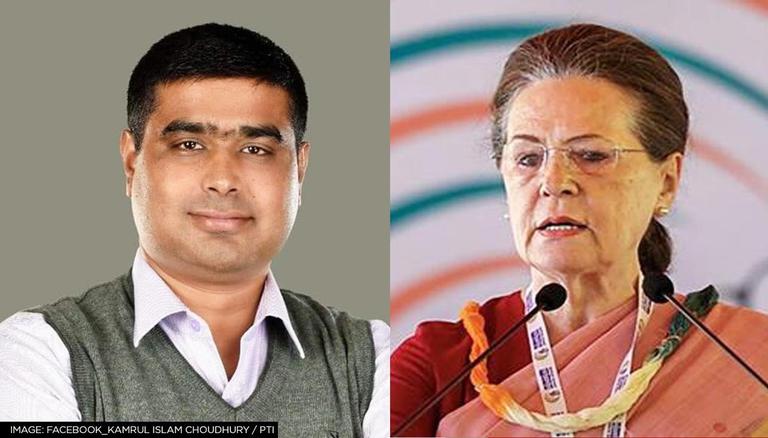 
In a big jolt to Congress in Assam amid a series of resignations from its leaders, the General Secretary of Assam Pradesh Congress Committee (APCC) Kamrul Islam Choudhury on Monday tendered his resignation from the primary membership of the Congress party.

In his resignation letter penned to Congress president Sonia Gandhi, Kamrul Islam Choudhury called the party’s Assam unit ‘unstable’. Islam Choudhury said that the current instability of the Congress party in Assam is due to the ‘directionless and confused’ leadership of the Assam Pradesh Congress Committee (APCC) during the last few months which has made him quit as a member of the Indian National Congress.

In his letter, he further pointed out that senior leaders including Assam Congress president Bhupen Bora were known to the issues of cross-voting of INC MLAs in the recently held election of President of India. He mentioned that Bora even termed the Congress MLAs as ‘Gaddar’ (cowards).

Islam Choudhury further said, “thousands of grass-root workers like me have given blood and sweat for the party for years felt demoralised after no action was taken against the concerned Congress MLAs despite public acknowledgement of the same.”

I do herby tender my resignation from the post of GS @INCAssam and primary membership of @INCIndia . pic.twitter.com/U4JTqgewny

Meanwhile, speaking to ANI, Kamrul Islam Choudhury said, "It is sad that no Congress leader from Delhi is coming to do a ground study. It is difficult to work for people being in Congress. I request them to unite State Congress first and then do Bharat Jodo."

Congress struggling to keep its own leaders' tact

The Congress on September 7 launched its nationwide 'Bharat Jodo Yatra' with the handing over of the national flag to Rahul Gandhi. However, with an aim to reunite the nation, the party is struggling to keep its own leaders' tact. The grand old party is facing a huge blow after the exit of veteran leader Ghulam Nabi Azad from the Congress, months before the upcoming Gujarat and Himachal Pradesh Assembly polls.

READ | 4,449 families evicted since BJP returned to power in Assam

After the resignation of Ghulam Nabi Azad, several Congress leaders from Jammu and Kashmir, including former Jammu and Kashmir minister RS Chib quit the Congress on Friday. Five other leaders of Congress have resigned from their positions in support of the resignation of Azad. Among those who have resigned from party, posts are GM Saroori, Haji Abdul Rashid, Mohd Amin Bhat, Gulzar Ahmad Wani and Choudhary Mohd Akram.

Notably, Congress' Bharat Jodo Yatra is being touted as an endeavour to come together and strengthen the nation. It started in Kanyakumari, covering 12 states and culminate in Jammu and Kashmir- spanning a distance of nearly 3,500 Km over the course of about 150 days. It will pass through Thiruvananthapuram, Kochi, Nilambur, Mysuru, Bellary, Raichur, Vikarabad, Nanded, Jalgaon, Indore, Kota, Dausa, Alwar, Bulandshahr, Delhi, Ambala, Pathankot, Jammu, and end in Srinagar.