At Meeting Of BRICS Tax Experts, India Stresses On Use Of Technology To Tackle Tax Evasion

India, on Wednesday, held a virtual meeting of BRICS countries in order to discuss challenges faced by tax administrations of the member countries. 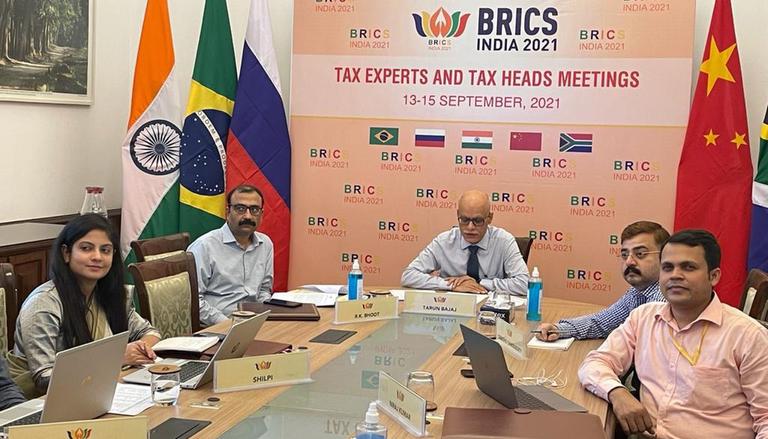 
India on Wednesday chaired a virtual meeting of BRICS countries in order to discuss challenges faced by tax administrations of the member countries. According to the statement released by the Finance Ministry, the meeting was held under the chairship of India and Revenue Secretary Tarun Baja in which the head of tax authorities discussed the difficulties that arose in the digital era due to COVID. It is worth noting that the BRICS is the acronym coined to associate five major emerging economies: Brazil, Russia, India, China, and South Africa. The BRICS members are known for their significant influence on regional affairs.

"The BRICS Tax Authorities engaged in discussion on the challenges faced by BRICS tax administrations in the digital era, coupled with the outbreak of COVID-19 pandemic, sharing experience and devising strategies to overcome those challenges," read the statement released by the ministry on September 15.

The broad theme of the meeting was redefining the business processes of tax administration amidst challenges posed by COVID and in the digital era. During the meetings, the tax authorities also exchanged opinions and views based on the existing commitment to the principles of mutual respect, consolidation and continuity as stated in the XIII BRICS Summit, New Delhi Declaration issued on 9th September this year.

The meeting was preceded by meetings of the Tax Experts of BRICS countries on 13th and 14th September 2021. In this meeting, the tax experts discussed potential areas of cooperation, exchanged views and experiences. According to the ministry's statement, the discussion took place around relevant topics which include digitisation of tax administration, leveraging technology for tackling tax evasion, changing role of tax administration from enforcement to service, preparedness and strategies to deal with challenges of COVID and evolution of tax administration to enhance voluntary compliance by taxpayers.

Earlier on September 9, Thursday the leaders of BRICS nations adopted a declaration in which they committed to combating terrorism including cross-border movement of terrorists, and terrorism financing networks and safe-havens. The 16-point declaration--New Delhi Declaration--was adopted at the conclusion of the virtual BRICS leaders summit. The meeting was chaired by Prime Minister Narendra Modi. All the leaders of BRICS nations --Brazil President Jair Bolsanaro, South African President Cyril Ramaphosa, Russian President Vladimir Putin and Chinese President Xi Jinping--- were present during the meeting.